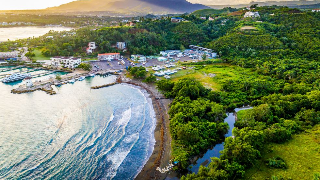 The media frenzy about deaths of U.S. tourists in the Dominican Republic has spurred a plunge in bookings and a surge of cancellations from American travellers. In one survey, 60% of U.S. agents said they had taken cancellations of D.R. trips. But calls to travel advisors in Canada by Open Jaw suggest that Canadians are taking a more measured approach.

“Every year there’s somewhere that’s dangerous, next it will be hurricane season. People are easily scared,” said Teresa Grogan of The Travel Store. Personally she’s not concerned about safety in the D.R. and says it hasn’t impacted her willingness to sell the destination.

Like Grogan, Valerie Boland of CruiseShipCenters says she hasn’t had any issues raised by clients about travelling to the Dominican Republic.

“It’s unfortunate that people go every year and have great holidays and now it’s created a negative environment for customers,” she said. Boland says she gives her clients advice about personal safety and security “about any country, not just the D.R,” and will continue to sell the destination.

“No Concerns At All About Safety”

Ethel Hansen Davey of Uniglobe Enterprise Travel Ltd. says one of her coworkers is currently in the D.R. and “has no concerns at all” about safety in the destination.

“We have a Facebook page for our office employees. Only one person has reported a cancelled booking out of all employees and there have been no other complaints,” Hansen Davey said.

“I think it will blow over. A few articles have come out that have mentioned this has happened over the past year and the people had pre-existing conditions. We deal with this with Mexico all the time and now the focus is on the Dominican. I still sell Mexico so I will still sell the Dominican.”

Dave Olsen of Classic Vacations is blunt in his assessment of media coverage of deaths in the Dominican Republic.

“I have spent my life looking at negative coverage on Mexico and the D.R. from the American people. All I can say if I can get hold of American media I would rip their nose hairs out. What I would like to do is ask the media why they don’t ask why people are going to Las Vegas because of the shooter. Instead blame it on the warm parts of the world where someone drank something.”

Some Agents Are Taking A Cautious Approach

Open Jaw’s poll of Canadian agents wasn’t unanimous. There are some agents concerned with safety in the Dominican Republic.

“All I can say is I am not suggesting clients to go there. If they insist, its fine. I am going to follow what the government is saying which is that it is unsafe,” says Maria Petrone of Napoli Travel Agency.

Petrone is sceptical that the deaths in the Dominican have been properly investigated. “No one is doing anything about the issue there. Who knows what’s secretly going on?”

Anthony Santori of Voyages La Para Travel Inc. says his agency has had to cancel a few travellers “who felt uneasy.” He says the company is keeping a close eye on the situation.

“We try to keep tabs on where its effecting and what the situation is so we can offer alternatives and be informed when speaking to customers. If its avoidable we will not suggest going to the D.R. but if someone asks for it then we will comply.”

Among the travel advisors polled by Open Jaw – and not all are quoted here – the majority indicated that they continue to believe the Dominican Republic is a safe destination for Canadian travellers.

“It has not impacted my decision to sell the D.R.,” says Vision Travel’s Jason Swaye. “There’s crime everywhere, it’s just because it’s such a hot tourist destination it gets more media coverage.”

And to date there’s no indication that any of the deaths of U.S. citizens cited in the recent media firestorm passed away as a result of a crime.

“I think it's totally unfair and hyped,” says New Wave Travel’s Hanna Uehre. “I’m sure that there’s a lot of people who pass away on vacation, people we don’t even hear about. We don’t yet know exactly what the cause was. The media jumped on the bandwagon and started reporting en masse.”

This Open Jaw reporter has been around long enough to remember when 10 Canadians were killed in violent incidents in Florida in little more than a year during the early 1990s. There was a hue and cry in the press – and perhaps a brief dip in Canadian arrivals – but we’ve never stopped travelling to the Sunshine State.

For the sake of the many thousands of Dominicans who make their living in the tourism industry – and the nearly 1 million Canadians who visit the destination each year, the vast majority in safety -- we hope that this tempest soon dies down.

As New Wave Travel’s Uehre says: “I had one set of people who wanted to go to a group birthday party – the couple I signed up wanted to cancel. I sent them reports that it was an exaggeration, this has made them say ‘you’re right and there’s no reason they should cancel this early on.’”

As The Travel Store’s Grogan states, unless there is truly a problem in the Dominican Republic – and there has been little convincing evidence to date that there is -- the media and the public will soon move on to other topics.

“People have short memories and they won’t remember this come September,” Grogan says.

We also hope that the families of those travellers who have died in the Dominican Republic get the answers they deserve about the reasons for their passing.