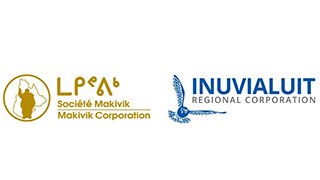 Makivik Corporation and Inuvialuit Regional Corporation (IRC), the parent companies of First Air and Canadian North, respectively, have completed the transaction to merge the two northern airlines under the Canadian North name.

This means that First Air and Canadian North will be able to begin integrating operations, a process expected to take 18 to 24 months. During the initial stages, both airlines will continue to serve customers under two separate brands.

Looking ahead, the company announced some immediate priorities:

"The completion of this merger transaction signifies an important step forward for the people of the north," said Adams. "A unified pan-Arctic airline that provides sustainable passenger and cargo service will help to improve the lives of Northerners through the economic growth that it will enable and career opportunities it will create."

Gruben commented: "This is truly an Inuit-led solution that will drive additional investment and growth within the northern communities we serve while making the air travel we depend on more sustainable and efficient."

The new Canadian North will serve 24 northern communities from its gateways of Ottawa, Montreal and Edmonton.

It will also continue to provide air charter services for large resource sector clients, as well as charter flights across North America for sports teams, cruise lines and large groups.

Last month, the federal government approved the merger between the two carriers despite a Competition Bureau ruling that it would result in a "merger-to-monopoly" that would likely lead to higher prices and fewer flights.

However, the airlines maintain that the purpose of this merger is to create an airline that will be able to safely and efficiently serve the North.

"The highly inefficient status quo of two airlines operating overlapping flight schedules with aircraft capacity that has far exceeded demand on most routes has contributed to higher airfares and cargo rates while impeding their ability to invest in improving their operations," they wrote in a statement.