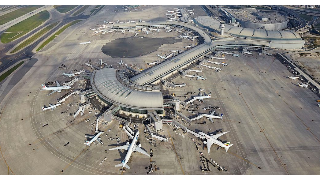 During the six-month period ended 30JUN, a total of 24.5 million passengers travelled through Toronto’s Lester B. Pearson International Airport, representing an increase of 800,000 passengers or 3.0% year-over-year.

"With service to 163 international destinations, we were recently named the most international airport in North America by OAG Aviation Worldwide Limited, and total traffic continued to grow over the first half of the year by 3.0% to a record-setting 24.5 million passengers," said Howard Eng, President and CEO, Greater Toronto Airports Authority.

"In addition to connecting to the world, we also remain focused on strengthening our communities with integrated transit solutions, environmental initiatives and programs to build social well-being.  We are not just here to provide connections, but also to help advance economic growth, sustainable development and access to opportunity, and our passengers and the region can count on Pearson to do just that."

During the three-month period ended 30JUN, 12.8 million passengers travelled through Toronto Pearson, representing an increase of approximately 400,000 passengers or 3.2%, as compared to the same period in 2018.