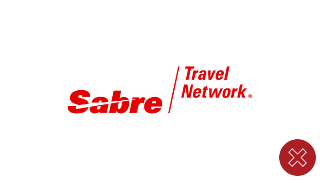 Clearly frustrated by the time the U.S. Department of Justice is taking to approve or deny the deal, Sabre Corporation has announced its intention to close its acquisition of Farelogix on 21AUG.

The DOJ has been performing “a lengthy and exhaustive review of the transaction,” Sabre says, and under the terms of its timing agreement with Sabre, if the DOJ decides to seek to block the transaction prior to the expected closing date, it must file its complaint in federal court before 21AUG. Sabre says it is confident in the legal and competitive merits of the acquisition and that the transaction will ultimately be completed.

“We are incredibly excited to close our acquisition of Farelogix so that airlines, travel agents, corporations, and travelers can benefit from the end-to-end next-generation retailing solutions we will be able to deliver. This deal will allow us to provide our airline and agency customers with more and better choices, all while we continue to offer and invest in Farelogix’s current suite of products and services,” said Sean Menke, President and CEO of Sabre.

“Over the past nine months, we believe we have done all we can to address the DOJ’s concerns. While we hope the DOJ will ultimately recognize that this transaction is pro-competitive, we are prepared to vigorously defend the deal in court if necessary,” Menke added.

Sabre argues that as a combined company, “Sabre and Farelogix will drive faster innovation in the dynamic, highly competitive airline technology space, helping airlines accelerate their growth and profitability while better serving travellers.”

The resources of travel tech giant Sabre “will bring needed scale and investment to Farelogix and enable Sabre to accelerate the delivery of the industry’s first end-to-end NDC-enabled solution for the retailing, distribution and fulfillment of travel,” the company says.