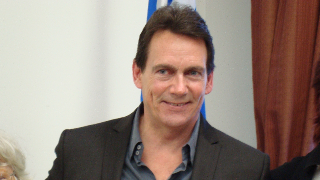 La Presse says the unnamed sources, who can’t be identified because they are not allowed to speak publicly about the case, are not in a position to specify whether the negotiations will lead to a formal offer or not.

The above-mentioned parties – TS, WS, AF/KL and Péladeau -- all refused comment on the speculation.

Although Transat cannot technically talk to other suitors under the terms of its exclusivity agreement signed with Air Canada, the agreement does allow it to receive competing offers.

That would come at a price. The break-up fee payable by Transat in the event of acceptance of a superior proposal not matched by Air Canada has almost tripled, to $40 million, following the increased proposal of $18 per share unveiled Sunday night by AC. Air Canada's proposal now has an aggregate value of $720 million.

Transat has also amended the definition of "superior proposal" in the Arrangement Agreement. A superior bid must now be presented at a price of at least $ 19 per cash share.

A combined Air Canada and Transat would control approximately 60% of the transatlantic flight capacity from Canada, while a combination of Transat with WestJet and Air France-KLM would give them a share of approximately 35%. Transat combined with WestJet would also be a dominating force in the Sun market.