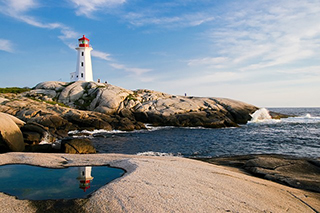 Destination Canada, the country's national marketing organization, has released a report giving insight into the travelling habits of the record 21.3 million tourists that came to Canada last year.

Here's a snapshot of the findings:

Australia -- Use of travel agents/tour operators among Australian travellers for planning or booking their recent visit to Canada is holding strong, despite a general decline. One in four Australians visiting Canada on their most recent long-haul leisure trip booked an organized group travel package via a travel agent or tour operator in-person.

China -- Organized group tours continue to be popular with Chinese travellers, but more are indicating that only a part of their trip, rather than their whole trip, was part of a group tour.

Germany -- 60% of German travellers consulted a travel agent/tour operator when planning or booking a long-haul trip, a significant increase from 2017. Germany is the only market to see an increase in travel trade use year-over-year.

India -- Travellers from India stay longer than those from any of Destination Canada’s other markets, with an average trip length of 37 days. Most trips to Canada (80%) are booked as part of an organized group travel package through a travel agent or tour operator.

Japan -- Japanese travellers indicate that travel guidebooks, TV programs and travel agent brochures are more influential in destination selection than word-of-mouth recommendations. This is unique to the Japanese market.

Mexico -- Northern lights is the top trip anchor activity for Mexican travellers by a considerable margin. Mexico continued to set new records in 2018, surpassing the milestone of 400K annual travellers to Canada for the first time and doubling 2015 arrivals in just three years.

The strong arrivals indicate a continuing positive trend after changes to visa requirements at the end of 2016.

Strong direct air arrivals were supported by a 35% expansion of air capacity between Mexico City and Canada in 2018 – the greatest increase in air capacity to Canada of all Destination Canada’s international markets.

South Korea -- South Koreans are more likely than other markets to indicate that TV programs and blogs influence them to book trips. These channels, along with inspiring advocacy from friends/family, can help build Canada’s travel brand in the South Korean market.

With 792,000 arrivals in 2018, the United Kingdom held the top spot as Destination Canada’s largest long-haul market.

U.S. – U.S. travellers to Canada are among the most likely of any market to travel with children under the age of 18.

An increasing proportion of American leisure travellers to Canada are choosing not to book organized group travel packages, up from 55% in 2017 to 69% in 2018.