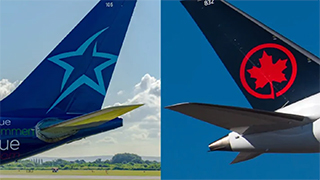 Transat A.T. Inc. shareholders have overwhelmingly approved Air Canada’s offer to buy the Montreal-based travel company on Friday morning, putting the fate of the transaction in the hands of regulators.

Almost 95% of votes cast ahead of Friday’s shareholder meeting were in favour of the deal, Transat said. This gives the company more than enough support to proceed with the transaction, as a two-thirds majority was required.

Air Canada and Transat will now wait for transport and competition authorities in Canada and the European Union to weigh in on the combination. That won’t happen for several months, with Air Canada saying earlier this month the transaction is unlikely to close before early 2020.