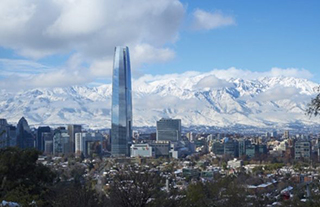 Canada and Chile have expanded their existing air transport relationship.

"The Government of Canada is working to help the Canadian air industry increase its access to international markets. This, in turn, supports an expansion of trade, tourism and people-to-people links, which benefits all Canadians, said Marc Garneau, Minister of Transport.

The original Canada-Chile agreement entered into force in FEB 2005. It provides an unlimited number of direct flights for airlines between both countries.

Under Canada's Blue Sky Policy, which works to encourage the development of international air services, the Government of Canada has concluded new or expanded air transport agreements covering 107 countries.