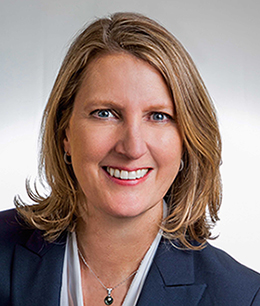 Rice was named co-president of the retail consortium in JAN 2011. For several years she shared the role with Canadian Lindsay Pearlman. He left Ensemble in JUN of this year and Rice was named president.

Rice tells Open Jaw that she will be taking some time off before exploring other opportunities. She was recently honoured by serving as the godmother for the new AmaWaterways ship AmaMora.

“While the decision to leave Ensemble was definitely a difficult one for me to make, I feel confident that I am leaving the company at a good time,” Rice said.  “There have been four years of growth and now, our new CEO is in place to lead the company into the next decade.”

David Harris, CEO of Ensemble Travel Group, stated: “On behalf of the entire team at Ensemble, we thank Libbie for her nearly nine years of service and leadership and wish her the very best in the next chapter.

“We are truly appreciative of Libbie’s dedication to Ensemble and know that the passion for travel that she brought to our business will also serve her well in the future.”