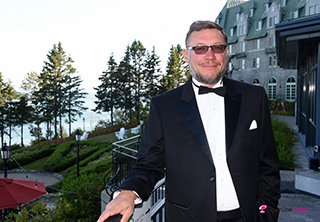 In a judgment rendered last Friday, Justice Guylène Beaugé of the Superior Court sentenced Voyage Vasco Inc. to pay five former franchisees a total of $1,021,399.80. With interest since the filing of the lawsuit, the amount totals more than $1.4 million. The five franchisees had been collectively seeking $1,965,550.10 for failures in the process of setting up travel agencies in the former Zellers superstores and other issues.

Industry members with a few years of service will remember that in July 2009, Vasco Travel Inc., the agency franchiser with the Vasco and Gama banners, entered into an agreement with the Hudson's Bay Company to establish branches within Zellers department stores. Through the deal, Vasco executives were hoping to expand the company’s presence across Canada, as the Zellers banner floated on some 300 large stores across the country.

The network centre offered its franchisees and potential investors a turnkey agency concept installed in one of the Zellers stores. The cost of these new franchises ranged from $50,000 to $60,000, or $30,000 in franchise fees, with the balance to cover the cost of building and working capital.

Between JUL 2009 and 2011, 17 investors purchased one of these franchises. But in JAN 2011, the American giant Target acquired the leases of 220 of Zellers 300 superstores and, in the process, the Hudson's Bay Company closed or resold the others, sealing the fate of the Zellers brand.

For its part, Target (which has since withdrawn from Canada) decided to end the presence of travel agencies in its stores. In APR 2012, Voyage Vasco Inc. sent a letter to the franchisees concerned recommending that they move out during the summer.

The five franchisees seeking redress were able to prove that the partnership agreement between HBC (the English acronym for "Hudson Bay Company") was poorly crafted. It related only to a "license to operate." There was no fixed term lease, which allowed HBC and its acquirer Target to terminate the presence of Vasco/Zellers franchisees in its stores.

On this point, the court concluded that Vasco had been negligent "in the conclusion of the agreement with Zeller, by not ensuring to protect the rental space ... for the duration of franchising agreements."

But this was not the only grievance that the five franchisees addressed to their franchisor. They also said the company presented prospects of unrealistic profitability.

In the case of one of the complainants, Fatiha Haïk, a newcomer to the travel industry, who acquired the franchise located in the Zellers store in Montreal's Place Vertu, the franchiser's financial forecasts were a probability of gross sales of between $1.35 million (the "pessimistic" forecast) and $2.79 million (the "optimistic" forecast) for a first year of operation.

To justify these figures, Linda St-Laurent, who at the time acted as director of operations and  was responsible for the sale of franchises for Voyages Vasco, cited the significant traffic in the Zellers store in Place Vertu.

However, as was the case for three of the other complainants, the results were far from reaching even the "pessimistic" forecasts presented by the franchisor. In fact, even without paying her salary, Haik was faced with a significant operating deficit.

The judgment pointed out that even if the franchisor is not bound by an obligation of result, the difference between the actual results and the turnover projections was too great. In short, the projections issued by the master franchise were unrealistic.

Other grievances expressed by the five franchisees include the lack of support from the franchisor, including marketing and advertising and other misconduct.

On the whole, the Court accepted the complainants' claims, while tempering certain claims and granting reduced compensatory amounts on those.

The court fees were also charged to Vasco Travel.

The hearings were spread over 16 days, in FEB 2019. The judgment is detailed on 39 pages. At time of publishing, Open Jaw Quebec has been unable to contact Sylvain Lastère, president of Voyage Vasco, for his comments on the judgement and to ask him if he intended to appeal the judgment.

In AUG 2018, Voyages Vasco Inc. was ordered to pay compensation of $241,601 to one of its former franchisees, namely Stéphane Valois, who operated two Vasco franchises in the Chicoutimi and Jonquière boroughs in Saguenay.

Its franchise agreement included an exclusive territory clause, but Voyage Vasco awarded a franchise contract under the Gama banner in the Zellers of Jonquière, in the heart of the territory Valois considered exclusive. The latter estimated the injury suffered at $241,601 and the court agreed.