YVR To Raise Airport Improvement Fee From $20 To $25 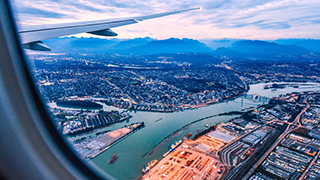 Vancouver International Airport will raise its Airport Improvement Fee (AIF) from $20 to $25 effective 1JAN, 2020, for passengers travelling to destinations outside of B.C.

Following the increase, YVR's AIF will continue to be one of the lowest among the eight major Canadian airports with only Ottawa International Airport collecting a lower fee of $23.  YVR is also the only major airport to offer a heavily discounted rate for regional travel at $5 for flights within B.C. and to the Yukon.

"We recognize this might not be a popular decision with the public, but the increase to the AIF is absolutely necessary for the long-term financial health of the airport and the benefit of our community,” Richmond said.

“It is our responsibility to be stewards of this airport and ensure that in 20 years we see a thriving airport, still making good on our public mandate—and that we have not tied the hands of future boards that would have to make drastic decisions on cutting back on construction or changing the level of service."

Richmond says analysis of the airport’s present and future needs drove the decision to increase the fee.

"When we looked out at our capital asset requirements, our debt load and interest coverage ratio, our anticipated passenger traffic and thus aeronautical and non-aeronautical revenue, we determined an increase is necessary to ensure the long-term financial health of the airport.

"If we took away the AIF, YVR wouldn't be able to keep up. We wouldn't be able to make sound decisions that have the success of future generations in mind or meet regulatory requirements. Our infrastructure would wear down, the passenger experience would decline, people would choose other airports for connections and we would not be able to deliver on our public mandate to provide economic and social benefits to our communities."

First introduced in 1993, the AIF can only be used to pay for capital infrastructure projects such as terminals and runways. YVR says it has collected $2.2 billion from the AIF since its inception in 1993 and has spent $3.7 billion on capital projects during that same timeframe.