JAPEX Concludes With Jamaica Tourism On A Roll

The 29th annual Jamaica Product Exchange (JAPEX) is complete for another year, after welcoming delegates from Canada, the United States, Latin America and Europe – with a significant increase from last year’s global buyer registration.

Hosted over two days at the Montego Bay Convention Centre, the annual trade show and conference connected visiting buyers with 91 supplier companies, represented by 220 delegates, through more than 1,000 business appointments.

“Jamaica is experiencing record-breaking numbers, undergoing major developments, and receiving global recognition like never before,” said Director of Tourism Donovan White. “Tourism is our largest earner of foreign exchange and second largest employer of our human capital, and we are proud to share that the industry is once again poised to achieve year on year growth in arrivals and earnings.”

In addition to sharing the 9.1% growth as of AUG 2019, Director White highlighted that the destination has achieved revenues of US$2.39 billion, representing a 12% increase. Projections forecast an uptick in stopover arrivals of 7% for the final quarter of the year, bringing 2019 to a total of 2.68 million arrivals.

Below is a roundup of key developments in Jamaica’s tourism sector: 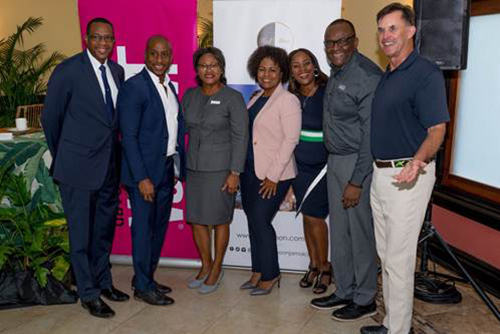