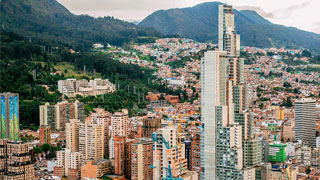 "We are very pleased to offer the only non-stop, year-round flights connecting Montreal and Bogotá, two vibrant cities steeped in history and culture," said Mark Galardo, Vice President of Network Planning at Air Canada. "This new route complements our existing Toronto-Bogotá service, and positions Air Canada as a significant player linking the growing markets between Montreal and Colombia's capital and largest city."

"For several years now, Aéroports de Montréal has been wanting to improve service from YUL to destinations in South America. While a flight to Sao Paolo will be inaugurated in a few weeks, Air Canada is doubling the stakes by adding this new direct connection to Bogotá, Colombia," said Philippe Rainville, President and CEO of Aéroports de Montréal.