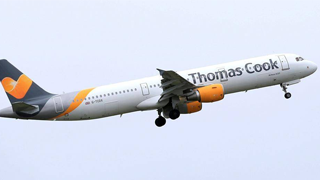 One of the oldest names in travel, Thomas Cook, collapsed on Sunday night leaving hundreds of thousands of travellers stranded all over the world.

The 178-year-old retailer and tour operator has had a challenging financial year and was scrambling over the weekend to avoid collapse after the Royal Bank of Scotland and a range of other banks demanded that Thomas Cook Group PLC find £200 million in funding by this upcoming week.

The board has issued a statement that “it had no choice but to take steps to enter into compulsory liquidation with immediate effect."

"An application was made to the High Court for a compulsory liquidation of the Company before opening of business today and an order has been granted to appoint the Official Receiver as the liquidator of the Company," it said in the statement.

Chief Executive Peter Fankhauser said it was a matter of profound regret that the company had gone out of business after it failed to secure a rescue package from its lenders. Adding that "This marks a deeply sad day for the company which pioneered package holidays and made travel possible for millions of people around the world"

The move is likely to trigger the largest ever peacetime repatriation of British nationals.

In speaking with the BBC, UK Foreign Secretary Dominic Raab said that the British government has a plan to bring home the hundreds of thousands of travellers stranded by Thomas Cook's collapse.

The plan, nicknamed Operation Matterhorn, would cost the UK government an estimated $750 million. Some aircraft are already being flown to holiday destinations as part of this operation so British tourists can be brought home on Monday.