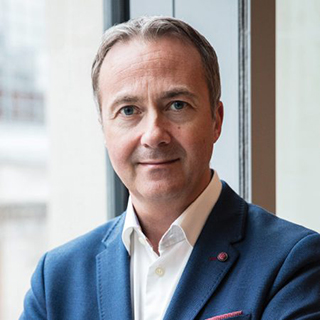 The company says it is now poised for its next phase of rapid organic growth and M&A activity fueled by technology investments, customer service and focus.

“Doug steered GBT through the acquisition of HRG last year, which was the industry’s largest ever, as well as a full cultural transformation that has led to 18,000 of the most engaged team members in the business. He leaves GBT in an outstanding place to build on its strengths as it continues to invest in a bright future.”

Abbott joins from American Express, where he is currently Chief Commercial Officer, Global Commercial Services, the company’s global B2B Payments Business. He has also served on the GBT board for the last four years.

“It is a privilege to lead a talented team committed to delivering exceptional service and investing significantly in growth and technology-led innovation,” said Abbott. “I look forward to engaging with colleagues, customers, and suppliers as we collaborate to advance the business travel experience together.”