AC Recognized As One Of Canada’s Top-Performing Stocks 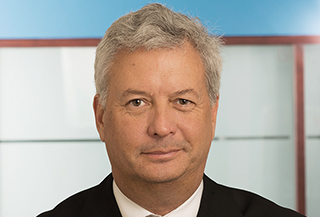 Air Canada's consistently strong share price performance in recent years has been recognized in the inaugural TSX30, a new program highlighting top performing stocks on the Toronto Stock Exchange over a three-year period.

The airline's inclusion underscores its successful transformation, which has resulted in a stock price appreciation of approximately 365% over the past three years. Since beginning its transformation in April 2009, Air Canada's shares have appreciated by more than 5,400%.

"Air Canada's inclusion in the inaugural TSX30 is a welcome recognition of the value we have created for shareholders through the ongoing transformation of our company. However, we know our financial success is rooted in providing superior service to our customers on a daily basis and for that reason this recognition also acknowledges the hard work and contributions of all Air Canada employees," said Michael Rousseau, Deputy Chief Executive and Chief Financial Officer of Air Canada.

The announcement that Air Canada is an inaugural member of the TSX30 follows on Moody's Investors Service's recent decision to upgrade Air Canada's Corporate Family Rating to Ba1 from Ba2. In issuing its upgrade, Moody's stated the higher rating "reflects Air Canada's stronger financial profile, whereby the company has continued to reduce leverage and has strengthened its flexibility."

"Having our greater financial resiliency acknowledged by these agencies advances us to one level below our goal of investment grade status," said Rousseau.