OJ On Location: KLM 100 Celebration Through The Eyes Of An Ex-KLMer

Retired Open Jaw co-founder Suzanne Christie spent many years as part of the KLM family. She travelled to Amsterdam last week to take part in the airline’s 100thbirthday celebrations.

The Netherlands may be small – it could fit into Lake Ontario and has fewer than 18 million people – but  that didn’t stop it from becoming an aviation pioneer. Last week tribute was paid to that proud history as KLM Royal Dutch Airlines celebrated its 100th birthday at Hangar 10 at Amstelveen. 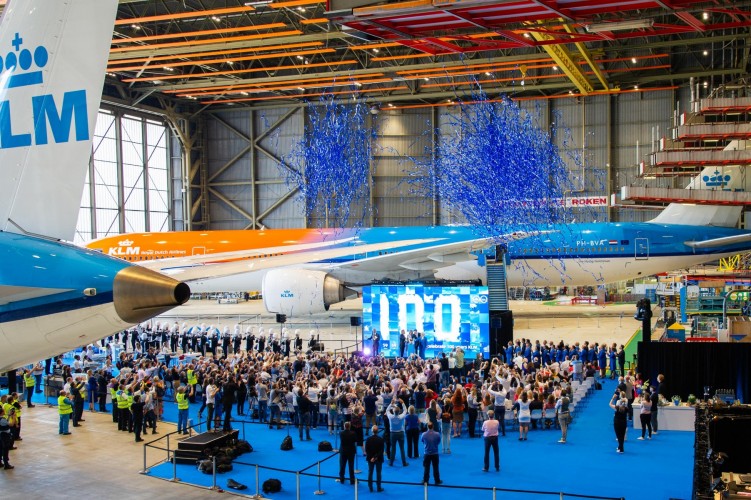 KLM’s aviation pioneering is rooted in the Dutch mentality. And the Dutch are different.

Guests included the Dutch finance minister, airline executives – and former KLM employees like myself, who enjoyed looking back but also forward to a promising future.

Noting that KLM  is the world’s oldest international air carrier still operating under its original name, President Pieter Elbers said, “We were the first airline to successfully pursue partnerships and alliances” – a development that happened during my KLM career when we joined with Northwest Airlines in 1997. (I can certainly not claim responsibility for that!)

But he also said the same pioneering spirit makes KLM “look forward, with optimism, to taking on the challenges of sustainability and innovation.”

One of the best examples of that innovation is the Flying V, a revolutionary new aircraft design that could be operational by 2040. Designed in cooperation with Delft University of Technology and Airbus, the new aircraft eliminates parts, such as the tail, that do not contribute to lift. 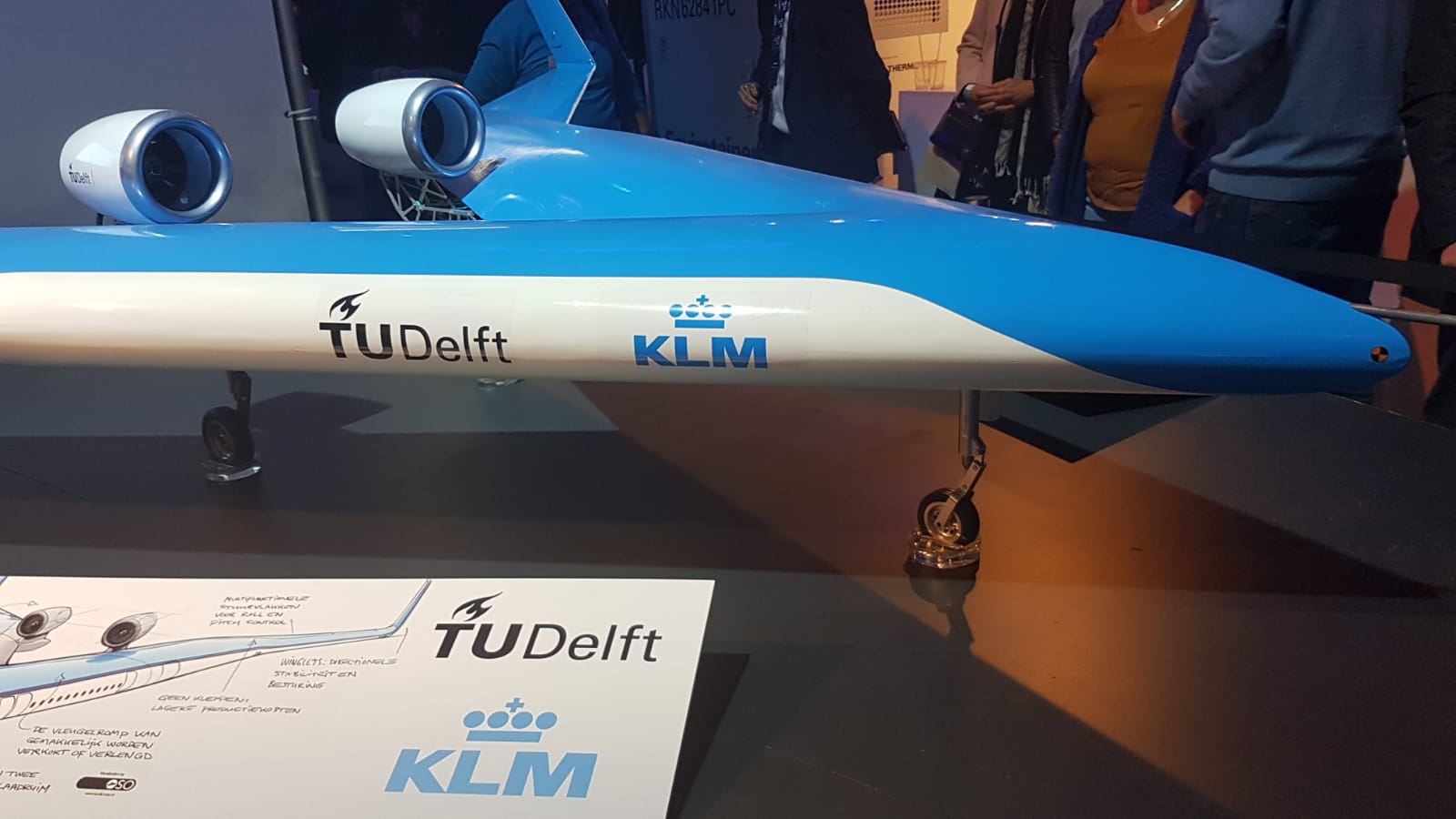 Is this the KLM bird of the future?

It consists of two wings in a V shape that will hold pax, cargo and crew. The prototype provides plenty of room for pax to tuck into sleek sleeping cabins, sit at tables with family and friends, or relax in conventional aircraft seats. The design team says the 314-pax Flying V “should be able to fly up to 20% more efficiently than today’s most advanced aircraft.” And it will be able to use existing airport infrastructure for boarding and deplaning.

That’s just the latest in a long line of sustainability projects in keeping with Elbers’ mantra that “Nobody Wins in a World That Loses.” These include:

KLM has always dreamed big, and I believe its aviation pioneering is rooted in a more general Dutch mentality. A long history of international exploration and trade created a country that pulled more weight than its size would suggest, leading to connections around the world and a mastery of many languages. They had to reclaim much of their country from the sea and continue to wage that ongoing battle. That meant the Dutch had to think differently.

Being forced to look beyond borders and think creatively may be the secret ingredients that led to KLM achieve a long list of firsts.

KLM can now offer customers more than 200 destinations in conjunction with its partners. But whatever the future, I would imagine that ‘Flying Blue’ style will remain. While traveller expectations have changed the onboard experience, the Dutch will always be excellent hosts. 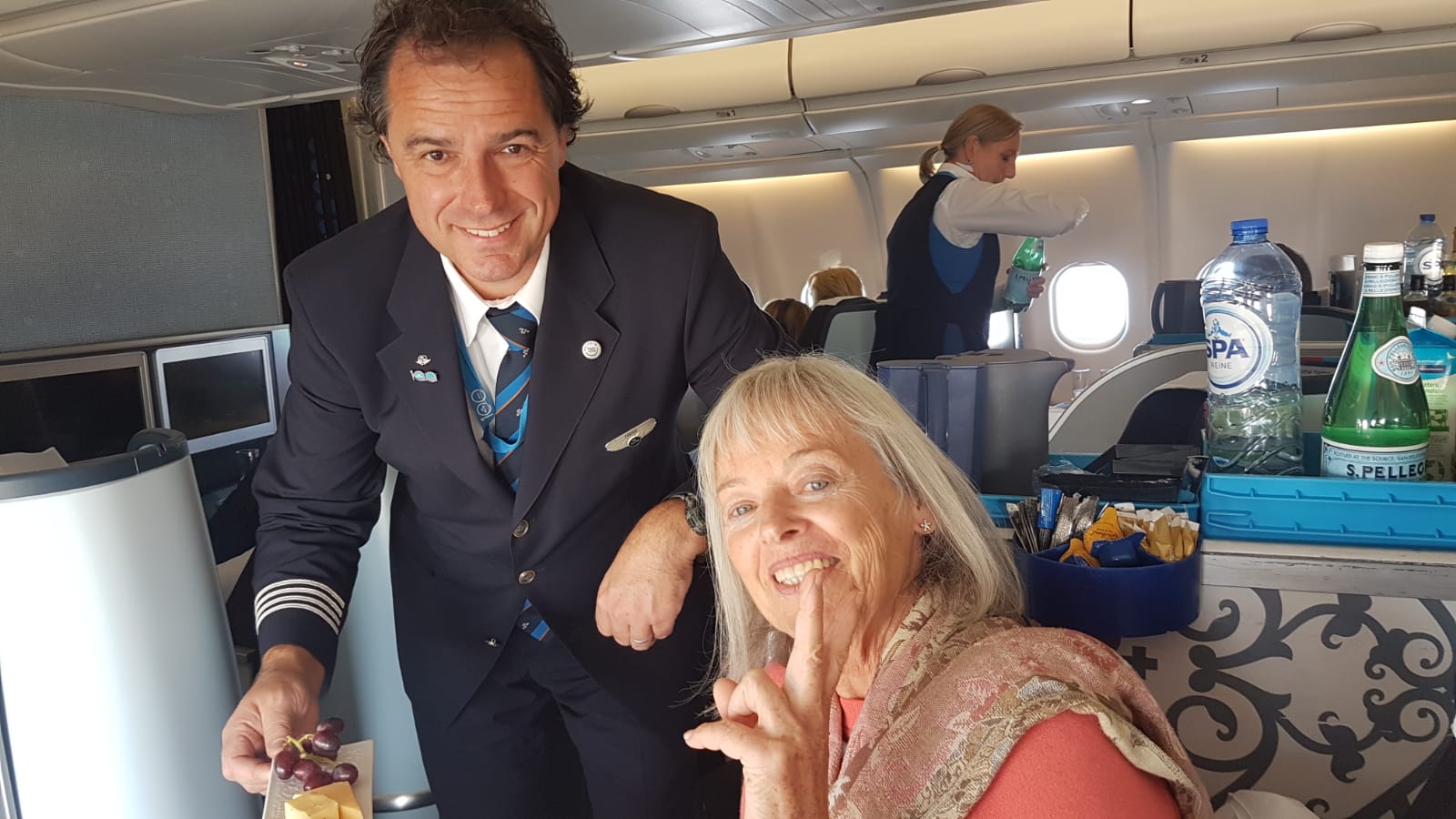 One tradition that just had to change was the post-meal cigarettes offered in First Class. Back in the days of Royal Class, the nose cabin of the 747 was a very social – almost decadent – experience. Meals featured at least five courses with spirits suitable to each (caviar with vodka, cheeses with port, etc.).

At the end of those ceremonies came my favourite: mini-packages of extra-long cigarettes, served on a silver tray and offered to all pax in the cabin, including three rows of supposed non-smokers. We all gladly accepted the cigarettes, of course, and immediately lit up, with the party continuing until breakfast. I certainly don’t miss the smoke on an aircraft, but I do kind of miss those incredibly special experiences that lit up our trans-Atlantic journeys.

But as Dutch Finance Minister Wopke Hoekstra put it at the celebration last week, “You feel at home aboard a KLM aircraft. Wherever you are, when you’re with KLM, the Netherlands feels close by.”