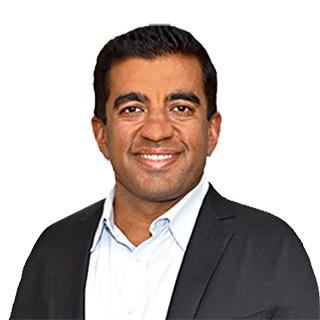 Tech isn’t cheap, so scale is crucial. Especially when the goal is to offer OTAs, TMCs and bricks-and-mortar agencies the ability to book “every flight on earth.”

That’s why Canadian Naman Budhdeo was a happy man when consumer-facing Flight Network, B2B division Huntington Travel and start-up TripStack were purchased in June by European travel giant Etraveli Group. The deal closed in August, and Budhdeo remains with the company as CEO of TripStack and in an advisory role with Flight Network and Huntington Travel.

“Etraveli is the best flight-centric OTA in the world. It has tremendous scale and that’s what we needed to grow market-share and provide customers with additional low-cost carrier options,” Budhdeo told Open Jaw.

To survive and thrive in travel tech, Budhdeo says, companies can either get bigger on their own or join someone who’s bigger. He says Flight Network/Huntington and TripStack tested the acquisition route, but in the end decided to take an offer from Etraveli.

“We believe scale really matters, and now that we have it we are working to leverage that scale to grow these businesses.”

The goal is to offer travel professionals and end-consumers access to more flight options, by integrating the content of the many LCCs that don’t work with GDS systems, and to make “virtual interline travel” – trips combining flights with airlines that don’t have interline agreements -- more accessible when it makes sense.

“The industry will see an enhanced B2B product from Huntington,” Budhdeo said. “It will be flights they can’t get with any other operator, we’ll give them the full breadth of low-cost carrier options.”

Virtual Interlining Is A Tough Problem To Solve

Budhdeo says TripStack currently has integrated the content of 150 airlines around the world., with a goal of increasing that number to 250.

“Virtual interlining is a tough problem to solve. And it can be inconvenient – travellers may have to pick up their luggage and recheck it and possibly go through security again before the next leg. But the prices can be hundreds of dollars less, so it makes a lot of sense for some travellers,” Budhdeo says.

“Savvy agents have been creating their own virtual interline trips for years. For example, on the Toronto-Barcelona route there are as many as 240,000 one-stop options. For example, WestJet or TS to London, then Ryanair to Barcelona. We’re trying to give agents one place where they can take care of every air travel need. They can’t get everything in the GDS.”

Etraveli Group operates multiple brands in more than 50 markets globally with particular strength in the UK, France and Germany. CEO Mathias Hedlund says the acquisitions of Flight Network and TripStack give the group a significant position in North America.

“The deal will also speed up the group’s growing presence in North America, a market where we lately have seen our offerings and skill sets win market share. Coupled with Flight Network abilities we believe we can rapidly increase our presence in this market,” of Etraveli Group explained.