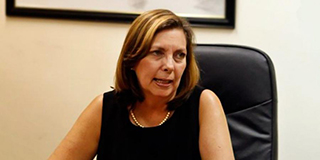 Despite what it calls “brutal buffeting” by the American President, Cuba says it is ready for the 2019/2020 tourism season with a number of exciting new luxury resorts now open.

“Cuba is a very resilient nation,” said Cuban Ambassador to Canada, Josefina Vidal Ferreiro.  “This is not the first time that the United States has tried to bring Cuba to its knees but we have stood proud for more than sixty years and they have failed. Our doors remain open to international visitors and we look forward to showing them our new luxury tourist product in the months ahead.”

“Our government has invested into national tourism and in 2020 we will have over 4,200 new hotel rooms ready to welcome tourists from around the world. Despite efforts to prevent ordinary citizens from travelling to our country, we remained a destination of choice for roughly 425,000 tourists from the U.S. in the first six months of this year,” the Ambassador said.

Canada is the leading market for Cuban tourism.  Of the roughly five million travellers expected to visit Cuba next year, more than 25% will come from Canada. Sunwing has confirmed an expansion of its services from Canada to Cuba through 2019 and 2020 adding weekly flights from Sault Ste. Marie and North Bay starting in December.

Here are some destination developments for the winter season:

Cayo Cruz
Cayo Cruz, an island off of Cuba’s north coast is a brand new destination for Canadians to visit. It is located an hour’s drive from Cayo Coco airport and served by WestJet, Sunwing and Air Transat. There are two brand new hotels on the island: The Valentin Cayo Cruz, a 542-room Adults only resort with five restaurants and three pools. The second property is The Hotel Marina & Spa Cayo Cruz, a 60-room modern boutique resort near the marina.

Holguin
On the coast of eastern Cuba, Holguin will see the opening of the new Iberostar Albatros Guardalavaca. Located 54 km from the city of Holguin, the five-star resort has 515 rooms: 442 standard rooms, 64 mini suites, five suites and four adapted for people with disabilities. Facilities will include a kid’s club, three pools, a children's play area with a water park, an outdoor spa area and sports courts.

Playa Playuelas
Playa Playuelas is located near Cayo Guillermo. The next big thing there is the MGM Gran Muthu Rainbow Hotel Playa Playuelas, described as the first hotel in Cuba created aimed at the LGTB community.

“Cuba is so much more than just another tropical Island,” concluded the Ambassador. “We are a country with a rich culture, arts, history, ecotourism and we offer some of the most beautiful beaches found anywhere. People from around the world come to us – not just for our warm, welcoming climate and relaxing sun and sand experiences – but because we offer them this rich diversity. As Cuba enters 2020, it takes its first step forward in the next 500 years with a bold new vision of its future as a tourism destination.”