FlightHub Promises To Halt “False Or Misleading” Marketing During Investigation 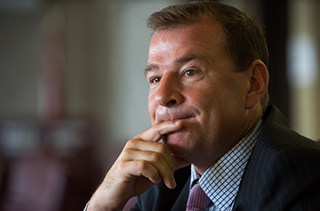 FlightHub is cooperating with Canada's Competition Bureau as it investigates the OTA in the wake of thousands of complaints from customers accusing FlightHub and sister company JustFly of deceptive marketing practices and imposing hidden fees.

The two parties have signed a temporary consent agreement, filed at the Competition Tribunal, that commits FlightHub to avoid giving a "false or misleading general impression" to the public regarding airfares, seat selection and flight rebooking or cancellation.

A Competition Bureau statement read: “The Bureau is investigating FlightHub’s representations for flight-related services, such as seat selection and flight cancellation, which result in hidden fees. It appears that FlightHub has generated millions of dollars in revenue from these fees. The Bureau is also investigating, among other things, allegations that the price of flights sometimes increases after consumers have selected their flights.”

Earlier this year, the Bureau executed search warrants at the company’s headquarters and seized records.

FlightHub said it has introduced changes to its platforms to address the bureau's concerns and voluntarily entered into a temporary consent agreement "in the spirit of collaboration."

"Our goal is to offer our customers complete transparency when it comes to the flights they are booking, the fees they are being charged and the airlines' policies," said Christopher Cave, FlightHub's chief operations officer, in an email.

Last month, the state of California filed a lawsuit against FlightHub and JustFly over alleged "deceptive" business practices that include "false" and "hidden fees."

The investigation is ongoing.

The Bureau strongly encourages consumers who believe they have been misled while shopping for flights online to file a complaint and provide as much information as possible.