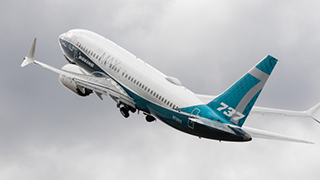 The Canadian Union of Public Employees (CUPE) branches representing flight attendants at Air Canada, Sunwing and WestJet have announced that they stand in solidarity with the American flight attendant unions who expressed safety concerns about the Boeing 737 MAX flying again soon and are calling on Transport Canada to take its responsibility in ensuring the safety of these aircraft.

"The safety of passengers and crew must always come first," said CUPE in a statement. "The federal government's decision to ground the Boeing 737 MAX in Canada was the right thing to do. Given the record of Boeing and the Federal Aviation Administration in that file, it will now be up to Transport Canada to provide assurances that these aircraft are fully compliant and safe for our members and the travelling public."

Like the U.S. flight attendant unions, CUPE asked that it be consulted before Transport Canada makes the decision to allow the Boeing 737 MAX to fly in Canada.

"We need access to all the information required to assess the safety of these aircraft," it said. "The highest possible safety standards will be called for to avoid another tragedy. Simply stating these aircraft are safe does not make it so."