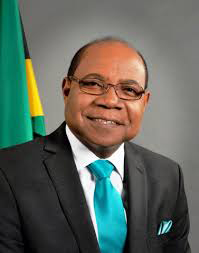 Jamaica’s Minister of Tourism Edmund Bartlett has announced that in addition to the current 360,000 airline seats from Canada, another 21,418 seats will be added for the upcoming winter season to meet demand. Sunwing, Air Canada, WestJet and Transat are all increasing seat capacity.

Bartlett and Jamaica's Director of Tourism Donovan White recently paid a visit to Toronto "to reaffirm Jamaica’s relationship with Canada, the second largest market for stopover arrivals to the destination," according to a statement. They met with key Canadian travel partners Air Canada Vacations, WestJet, Sunwing, Transat and TravelBrands.

Jamaica is expected to welcome approximately 400,000 visitors from Canada by year-end, which represents 1.5% growth over the previous year, according to the Jamaica Tourism Board.

"Canada is a key market for Jamaica, and there is incredible potential for increased growth. I believe that we can see 500,000 stopover arrivals from Canada within the next two years, due to the increase in air seats, new and upcoming developments on-island and the fantastic ongoing support of the Canadian travel industry," says Bartlett.

Jamaica is also growing its room count, with a number of recently opened properties as well as upcoming debuts.

Some notable additions are AC Hotel by Marriott that opened in Kingston in JUN with 219 rooms, the addition of 57 rooms at Half Moon, and Oceans by H10 with the first 500 rooms (of 1,000) to open this NOV.

“Our island has enjoyed a really solid year with arrivals from Canada, and we look forward to closing a strong year. The momentum from Canada is extremely positive and we are very happy with what the future holds," says White.