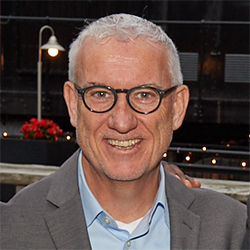 Etihad Airways and Boeing have teamed up in an ‘eco partnership’ that will see a specially-themed Boeing 787 Dreamliner used to test products, procedures and initiatives designed to reduce aircraft carbon emissions.

In announcing the partnership at the recent Dubai International Air Show, Etihad CEO Tony Douglas described the aircraft as a “flying laboratory.”

The ‘Etihad Greenliner,’ to be introduced early next year, will be used by both companies to explore and assess environmental sustainability initiatives – all while the aircraft performs scheduled services.

Under the agreement, the companies will share knowledge, experience and resources to improve the Boeing 787 Dreamliner and to reduce carbon emissions from aircraft.

The partnership will be supported by commercial and technical agreements worth around $290 million, which cover a range of services including a landing gear overhaul program, high value airframe components and maintenance-planning optimization tools.

With fuel costs eating up around a quarter of airline spending, Douglas said the goal of the Greenliner is to be 20% more fuel efficient than other aircraft in Etihad's fleet.

"This is not just a box-ticking exercise," he told reporters at the unveiling of the initiative at the Dubai Airshow alongside Boeing executives.

This year, Etihad flew the world's first passenger flight using sustainable biofuel made from a plant that grows in saltwater. It also became the first in the Middle East to operate a flight without any single-use plastics on board, to raise awareness of the effects of plastic pollution.