Canadians Worry About Winter Vacation Affordability, But Those Who Go Will Spend More 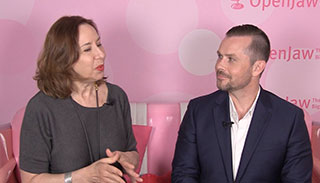 As winter is setting in across Canada and the busy travel season begins, it appears half of Canadians will be spending it at home.

“It looks like this coming winter season will at best include a frigid ‘snow-cation’ at home instead of a warm, sandy beach for more than half of Canadians,” said Dan Keon, Vice President, Market Management, Allianz Global Assistance Canada.

When asked about the main reason for not taking a vacation, almost two-thirds (66%) said they can’t afford it. The next reason for not expecting to take a vacation this year was ‘Just don’t want to go,’ at 13%. Another 7% said they have ‘too many family responsibilities.’ Only 5% said they ‘don’t have time,’ while 3% were ‘concerned about an economic downturn.’ The remainder cited other reasons.

“Obviously Canadians are concerned about their pocket books,” added Keon. “While 72% of Canadians said that an annual vacation is important to them, it’s interesting that only 49% actually expect to take one. And they expect it will cost them more to do so.”

Of those who are planning on taking a winter vacation, they expect to spend a total of $2,706. That’s the highest anticipated spend since Allianz started collecting this data four years ago. Boomers say they’ll spend the most at $3,299, significantly more than the $2,205 Millennials intend to lay out. While Millennials will spend the least on average, they are also the largest age group to cite budget constraints as their reason for not taking a vacation (75%) followed closely by GenXers (73%).

“The Index shows that having the budget to take a vacation is directly related to age,” adds Keon. “While Millennials cite greater budget constraints (75%), Boomers appear to have saved or acquired the resources with significantly fewer (55%) indicating that money is keeping them from travelling.”

Regionally, the average anticipated spend is highest in the Prairie Provinces at $3,365 and lowest in Quebec at $1,908. Ontarians expect to spend an average of $3,012.

“Despite the fact that just over half of Canadians don’t plan on taking a winter vacation, for those who will, they are expected to add a significant boon to the economy,” said Keon. “But it is important for them to protect their hard-earned investment with travel insurance that not only covers medical emergencies but trip interruptions and cancellations.”