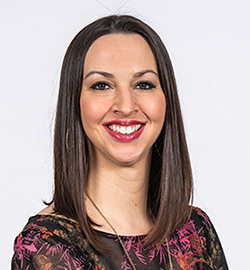 Air Transat has announced the appointment of Josiane Gagnon as Business Development Representative for the Air Transat commercial team, replacing Elysia OHayon during her maternity leave.

Gagnon’s new role started on 2DEC and she reports directly to Claude-Hélène Faucher, National Sales Manager, Air Transat. She will be responsible for establishing and maintaining relationships with the various commercial distribution players in the province of Quebec and the United States.

Her previous role was as assistant to Gilles Ringwald, Vice-President Commercial, Air Transat, where she spent nearly four years, gaining airline industry knowledge that will be very useful in her new position.