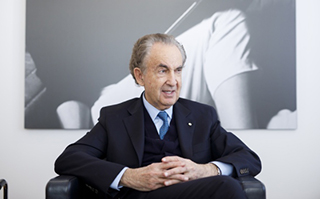 The Onex acquisition of WestJet is a step closer to becoming reality after the Canadian Transportation Agency told Onex that if it amends its bylaws it can meet the country’s ownership rules.

The agency says the amendment is necessary to ensure matters related to WestJet are only voted on where a majority of Canadian directors are present. Under Canada’s Transportation Act, carriers must be Canadian and controlled by Canadians to hold a domestic license.

Air Canada has challenged Onex’s proposed acquisition on grounds the deal may not meet the country’s ownership rules. It argued the likely presence of Onex co-investors such as foreign wealth funds and carriers, and “the opaque nature” of the deal to buy WestJet through company subsidiary Kestrel Bidco, will make it harder to ensure compliance with ownership laws.

Under Canadian rules, foreigners cannot own more than 49% equity in a Canadian airline. The rules further restrict a foreign airline or any single foreign owner from controlling more than 25% of voting interests.

The Canadian Transportation Agency says WestJet and its discount subsidiary Swoop would remain Canadian if Onex amends its bylaws to ensure any matters voted on by the board of directors are done with a majority of Canadian directors being present.

It notes that Onex chairman and chief executive Gerry Schwartz holds at least 60% of the voting interest in the company and is in a position to exercise voting control over Onex, including at shareholders' meetings.

“In light of the foregoing, the agency finds that only Mr. Schwartz, a Canadian, will have the means to exercise control in fact over Onex and is satisfied that Onex will be controlled in fact by Canadians should the proposed transaction be executed as filed,” it said in a seven-page decision.”