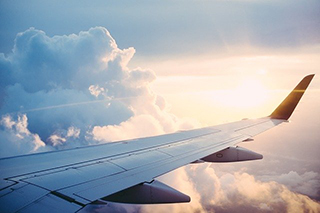 As 2019 draws to a close, Nick Wyatt, Head of R&A, Travel and Tourism at data and analytics company GlobalData, reveals the key trends the company believes will shape the industry in 2020.

This has been the hot topic of 2019 and will continue to weigh heavily on the industry in 2020, says Wyatt.

"The MAX grounding has been very high profile and when it will return to the skies remains uncertain. Customer and crew confidence will need to be rebuilt and this will be a challenge."

Beyond problems with the MAX, there are delays and technical issues with other new aircraft too, such as Trent engine issues, with the 777x experiencing high-profile setbacks.

"All of this is causing havoc with airline route planning and Q1 plans are already heavily affected. Further disruption could well be seen beyond the first quarter," Wyatt says.

“Airlines are an easy target for the ire of environmentalists and there has been much talk of flight-shaming, or ‘Flygskam'," says Wyatt.

However, he points out that while there is no doubt that sustainability has increased in importance, the Flygskam phenomenon is being overplayed, with a contradiction between what people say and their unwillingness to stop flying.

“People won’t stop flying en masse because it is the most efficient mode of transport for journeys over 1,000 miles. That said, airlines can’t afford to do nothing and development and testing of alternative fuels will increase," Wyatt says.

Regulation in regards to aircraft will increase with the U.S. Federal Aviation Administration (FAA) taking MAX's approval out of Boeing’s hands and the European Union Aviation Safety Agency (EASA) refusing to rely on the FAA when it comes to the new 777x – instead insisting on a ‘concurrent validation’ – says Wyatt.

“Airlines will continue to struggle to make long-haul, low-cost flights work. Wow Air is a cautionary tale, having attracted price-sensitive traffic but lost money and ceased operations. At present, nobody is making low-cost, long-haul work and that is unlikely to change."

“The industry has notoriously low margins and not everybody can thrive in an increasingly competitive environment. This creates opportunities for consolidation as companies fail and strategic acquisitions are made. There is already evidence of this in Europe. It is still less advanced than in the U.S. but moves such as IAG/Air Europa is a harbinger of things to come. However, consolidation is unlikely to happen on the same scale in the gulf or Asia.”