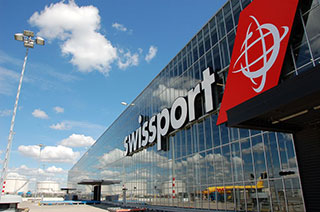 Swissport Canada Inc. has reached a tentative agreement with the union representing Swissport Fuel employees at YUL and YMX.

Last week, Syndicat des Machinistes -- the only supplier of fuel for airlines flying out of both airports -- said it expected to launch a series of pressure tactics, including a possible strike beginning Christmas Day.

"Both parties reached this agreement following an intense round of negotiations and have agreed that there will be no labour action or disruption until the union presents the agreement to its members for a vote," said Louis-Philippe Charland, Vice-President, Human Resources, Swissport Canada in a statement.

"The union will unanimously recommend this offer and we are optimistic that it will be ratified by the employees. We want to thank the union leadership for its dedication to pursuing negotiations during this busy period, to reach a satisfying agreement that will avoid any disruption to the travellers, stakeholders and costumers."

Swissport Canada workers who are members of the Syndicat des Machinistes are aircraft tanker mechanics, mechanics at storage facilities, dispatchers, maintenance and refuelling employees and mechanics.