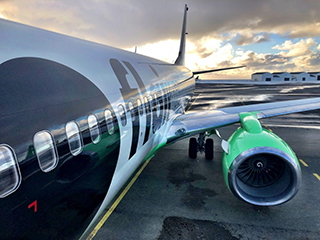 Flair Airlines, which describes itself as “Canada’s only independent, fully operational low cost airline,” is looking to expand its fleet, which currently consists of seven Boeing 737-400 aircraft.

Based in Edmonton, Flair transitioned from a charter operator to a scheduled low cost airline in 2017. It now serves eight cities across Canada and carried nearly one million passengers in 2019. The airline says it has immediate plans to expand its services both in frequency and reach, but will need fleet renewal and expansion to get there.

To meet what it calls “rapidly growing demand,” Flair is seeking expressions of interest from lessors with available Boeing 737 aircraft for delivery in early 2020.