CATO Brings Case For Consumer-Pay ON Compensation Fund To MPPs 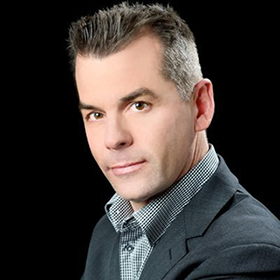 Consultations on Bill 159: “Rebuilding Protection for Consumers Act” presented an opportunity this week for the Canadian Association of Tour Operators to make its case for changing the funding model of the Ontario Travel Industry Compensation Fund.

The meeting came just a couple of days after ACTA issued a scathing press release that stated:

“Despite lengthy and costly lobbying efforts by ACTA in coalition with CATO, it appears the Ontario government has no intention of revising the funding model for the Ontario Travel Industry Compensation Fund.”

ACTA’s response came after the Ontario government advised the industry of “the status of potential changes to the regulation under the Travel Industry Act, 2002 (TIA)” in DEC 2019. Despite being identified as a major issue, there was no mention in the update about changing the funding mechanism for consumer protection.

Walker made the following key points on behalf of CATO:

CATO reports that both government and opposition members used all of their allotted time with questions which were focused principally on Quebec’s funding model.

“The Quebec fund currently stands at some $150 million, providing outstanding protection for Quebec consumers and substantial marketing advantages to Quebec travel businesses. In fact, given the health of their fund, Quebec has suspended contributions for now,” CATO said in a press release.

CATO, along with ACTA, will further press its case in a meeting with the Ontario Minister of Government and Consumer Services, the Hon. Lisa Thompson, on Tuesday 28JAN.