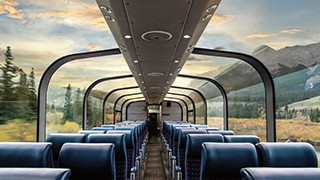 The vast majority of VIA Rail’s network remains closed due to anti-pipeline protests that have sprung up across the country. All services are currently cancelled with the exception of Sudbury-White River and Churchill-The Pas.

There is some good news, however.

VIA Rail has received a notification from CN allowing a partial resumption of service between Québec City – Montréal – Ottawa.

Beginning Thursday morning, 20FEB, only those trains that serve full trips between Québec City and Ottawa will resume service.

To allow for a smooth transition, all current reservations on those segments will be protected.

On the rest of VIA’s routes, passengers holding a ticket for which the first trip's scheduled departure that is no later than Saturday, 22FEB, have the option of autonomously cancelling online for a full refund with no service charges, even if additional segments fall after 22FEB. Pax may also get a refund for a return ticket scheduled after 22FEB, as long as the first portion of the trip was scheduled before that date.

All details on the refunding procedure are available here. Currently, VIA Rail has canceled all affected departures until the end of the day today and all customers should have received a cancellation notice.

VIA says cancellations are made on a progressive basis, depending on the evolution of the situation.

“As soon as we confirm that a train will be cancelled, passengers on that train will be notified by email and will be automatically reimbursed,” the company says in a statement. “Due to the volume of transactions that we process in these exceptional circumstances, reimbursement can take a minimum of 15 days.”

As of 16FEB, 409 trains had cancelled because of the blockades. More than 83,000 passengers have been affected.