OJ ANALYSIS: Coronavirus Pain May Be Just Beginning For The Travel Industry 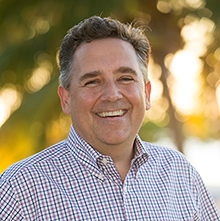 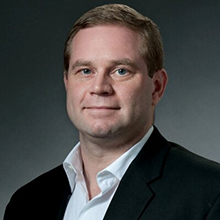 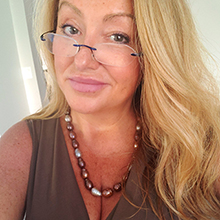 It’s not the news any of us want to hear, but the negative impact of the spread of novel coronavirus on the global travel industry may be just beginning.

As the seat of the outbreak, China and its neighbours have so far taken the brunt of the pain. But in the past week, the spread of the virus has gone global. Cases have been documented on every continent but Antarctica. There are more than 80,000 confirmed cases in 40 countries – 20 of which were added to the list in the past seven days.

Japan announced today that it will be closing its schools for a month in an effort to contain viral spread. Italy now has over 400 cases and over 100,000 people effectively under quarantine due to travel restrictions. That country is one of the leading destinations for Canadian overseas summer travel.

The cruise industry has taken a big hit already, sending its ships scurrying away from Asia. But the Mediterranean is a major summer cruise destination, so the news from Italy and neighbouring countries is sobering.

Airlines are taking a gut-punch too. Air Canada has lost $3.9 billion in market capitalization from its January peak, making it the worst-performing airline on the Bloomberg World Airlines Index this year. Its shares have slumped 28% on deepening fears that the spread of the coronavirus will hinder travel.

As Bloomberg put it: “Two months ago, (Air Canada) was the world’s hottest airline stock. Now, investors are shunning it.”

Open Jaw spoke to several travel industry members to get a sense of how Canadian travellers are reacting to the wall-to-wall media coverage of the disease.

“We haven’t seen a lot of cancellations, but there is certainly an impact on the business,” says Paul Foster, Vice President of Business Development, TripCentral.ca. “Until this latest round of news, a week ago I would have predicted a rebound if the outbreak was contained.”

Foster says blanket news coverage is giving travellers pause. “When the media really ramped up on coronavirus we noticed a slowdown. A lot of people seem to be saying ‘Let’s see how this plays out.’ There’s no panic, no lineups saying they want out, but we’re definitely seeing hesitation in people confirming their travel plans.”

“If we say it’s going to be terrible, it will be. It’s too soon to tell how much damage has been done.” Flemming Friisdahl

“If we say it’s going to be terrible, it will be. It’s too soon to tell how much damage has been done.”

At The Travel Corporation Canada, which includes the Trafalgar, Insight and Contiki guided vacation brands, Asia is not a big part of the book of business, but Europe is its bread-and-butter.

“We’re watching closely,” says President Jeff Element. “We haven’t seen anything yet in terms of a booking drop, but people are asking about cancellation policies.”

“It’s changing on a daily basis. The reports from Italy are still too new for them to be having an impact.” Jeff Element, President, The Travel Corporation Canada

Element acknowledged that the situation is evolving so quickly that it is difficult to make any kind of prediction.

“It’s changing on a daily basis. The reports from Italy are still too new for them to be having an impact. People want to travel this year. They may delay their decisions are alter their destination but they still want to go away. And I think there’s some peace of mind that comes from travelling in a group with a professional company.”

“We’re getting questions – lots of questions -- but only a few cancellations, and I would say that all of those were based on ‘irrational’ fears, like a client who cancelled an Ireland trip.”

“The coronavirus is absolutely impacting me professionally as a travel agent.” Jodi Rosengren, CTC, TravelOnly

Jodi Rosengren, CTC, who is a Certified Cruise Specialist and works under the TravelOnly banner, says she’s definitely feeling the pain of the viral outbreak

“The coronavirus is absolutely impacting me professionally as a travel agent as well as personally in regards to my own travel plans for this coming year.”

Rosengren also related an unpleasant story about a client cancellation that came not because fear of the virus, but concern over how they would be treated due to their ethnicity.

“I've had a family of six cancel a $10,000 March break Caribbean cruise, at 50% penalty, because of concerns of how they would be treated by fellow passengers because of their Asian heritage, considering how they are being (treated) in Ottawa.”

Rosengren says  “I send the Terms and Conditions for all clients in their information, yet no one reads them. I spend hours reviewing information and sending links for updated information to people who are afraid of their travel plans and frankly, I am providing unpaid psychological counselling to people.”

“I send the Terms and Conditions for all clients in their information, yet no one reads them.”

The travel advisor has crafted a standard response to people with concerns, including the following information.

“The choice to travel is personal and should not be influenced by outside sources. Every country lists the potential health risks on their government websites, and the decision to travel should be made after consulting the resources available to your and discussing your personal risk with your family physician.”

Major issues like coronavirus can fade away as quickly as they emerge in today’s 24/7 news cycle. And travel industry recovery has been relatively swift from previous viral outbreaks like SARS and MERS.

So perhaps there is some solace in the words of a top Chinese respiratory expert, who said in a news conference today that he is confident “the epidemic (will) be basically under control at the end of April.”

Zhong Nanshan, the director of China’s National Clinical Research Center for Respiratory Disease, said he had so far reasonably accurately projected the course of the virus.

“We previously predicted that the peak should be in mid- or late-February, it turned out the number of new cases began to drop after 15FEB. We predicted the number would be 60-70 thousand, and now it is 78-79 thousand in China," he said.

The travel and tourism industry can only hope he is right – but there may be a lot of bumpy road to traverse before the focus shifts back to the joys of travel rather than the risks.