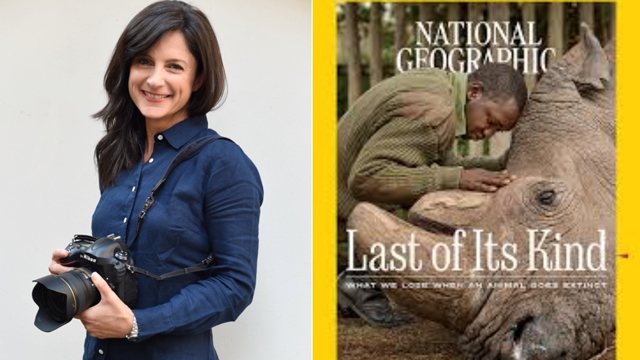 In celebration of World Wildlife Day (3MAR), The TreadRight Foundation has announced Ami Vitale as its first-ever "Wildlife" Ambassador.

As an award-winning National Geographic photographer, filmmaker and writer, Vitale has travelled to over 100 countries. TreadRight says she was selected for her passion for wildlife conservation.

“We are so pleased to announce on World Wildlife Day that Ami Vitale is our first ever TreadRight "Wildlife" Ambassador. An incredible visual storyteller and photographer, Ami’s unforgettable and poignant images have resonated across a worldwide audience and online community,” said Brett Tollman, Chief Executive of The Travel Corporation and Founder of the TreadRight Foundation.

"Her compelling work with rhinos aligns with TreadRight’s initiatives, including our work with rhino, elephant and leopard populations across Africa and India. We look forward to working with Ami to tell TreadRight stories in the future together.”

Vitale will be travelling with the TreadRight team to capture the wildlife conservation work being done at two Red Carnation Hotel Collection properties, Bushman’s Kloof Wilderness Reserve nestled in the foothills of the Cederberg Mountains in South Africa and the Xigera Safari Lodge in Botswana's Okavango Delta, set to open JUN 2020.

"I am thrilled to be TreadRight’s new Wildlife Ambassador as their conservation projects are aligned with my personal values and I am delighted to be able to share some of these upcoming inspirational TreadRight stories to further generate awareness and understanding,” said Vitale.

"We really are in a race to save the planet, and in understanding we can enjoy its extraordinary beauty but we are also responsible for taking care of it.”