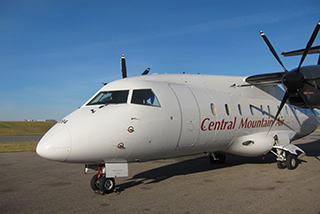 Details on the new routes are:

"We are excited to increasingly connect the vibrant communities of Prince George and Fort St. John to Alberta and the rest of the world with convenient and cost-effective air service," said Bob Cummings, CEO of Central Mountain Air.

"These new routes are designed to more conveniently connect business and leisure travellers between popular B.C. destinations and major Alberta cities and beyond, saving them time and money."

The change increases CMA's number of business-friendly morning flights into Prince George to five, all of which connect within 70 minutes to four other B.C. locations.

“Edmonton to Fort St. John is an exciting, previously unserved, non-stop route that we expect to be popular among those in the LNG and energy sectors, supporting the economic growth of Fort St. John," said Cummings.

Discounted introductory fares for travel before June 20th on these new routes can be found at https://flycma.com/promotions/. Fares are up to 40% off.