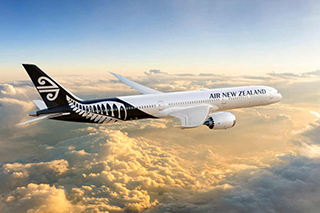 Air New Zealand is further reducing capacity across its network as a result of the impact of Covid-19 on travel demand.

On its long haul network NZ will reduce its capacity by 85% over the coming months and will operate a minimal schedule to allow Kiwis to return home and to keep trade corridors with Asia and North America open. Full details of this schedule will be advised in the coming days.

Among the long haul network capacity reductions, the airline can advise it is suspending flights between Auckland and Vancouver, Chicago, San Francisco, Houston, Buenos Aires, Tokyo Narita, Honolulu, Denpasar and Taipei from 30MAR to 30JUN. It is also suspending its London–Los Angeles service through to 30 June.

On NZ’S Domestic network, capacity will be reduced by around 30% in APR and MAY but no routes will be suspended.

Customers are advised that due to the unprecedented level of schedule changes they should not contact the airline unless they are due to fly within the next 48 hours or need immediate repatriation to New Zealand or their home country.

As a result of the downturn in travel Air New Zealand says it will need to start the process of redundancies for permanent positions acknowledging the important role partnering with unions has in this process.

“We are now accepting that for the coming months at least Air New Zealand will be a smaller airline requiring fewer resources, including people. We have deployed a range of measures, such as leave without pay and asking those with excess leave to take it, but these only go so far. We are working on redeployment opportunities for some of our staff within the airline and also to support other organizations,” the airline said.