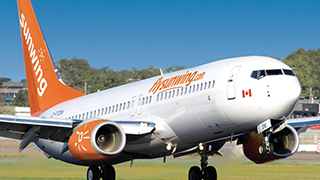 As part of its ongoing efforts to repatriate Canadians, Sunwing operated close to 30 flights yesterday to bring home over 5,000 Canadians. By end of day 22MAR, over 55,000 stranded Canadian travellers have been brought home since the carrier began its repatriation efforts on 16MAR.

This total also includes over 3,000 stranded Canadian travellers across the Caribbean, Mexico, Cuba and Florida who were offered seats free of charge. The carrier announced last week that it would be giving away any remaining seats on its repatriation flights to any Canadians stranded in destination.

The last repatriation flights will operate today, after which time all Sunwing flights will be temporarily suspended.