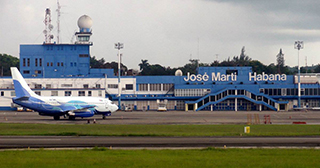 Cuba will isolate all tourists still present on the island as of today, when the partial border closure for a month comes into force, Prime Minister Manuel Marrero announced on Monday.

The country currently has approximately 40 cases of coronavirus.

"All the tourists still present in the hotels are placed in solitary confinement (...), they cannot leave the hotel," until finding a flight to return to their homes, he declared to the television.

He said 32,500 foreign tourists were in Cuba on Monday.

Many of them rushed to Havana airport on Monday, anxious to find a flight when most are full and some airlines have started to suspend their routes, Agence France Presse noted.

Cuba has resisted enforcing border restrictions until the last minute, as tourism is its economic engine and second source of foreign exchange (US$3.3 billion in 2018).

The country is finally resigned to it: from today, only Cubans and foreigners resident on the island will be able to enter it, for a period of one month.

In addition, excursions and car rentals will be suspended. Of the 32,500 tourists still in Cuba, 9,400 are housed in "casas," that is to say homestays. The government ensures that they will be gradually transferred to state hotels.

Other measures announced Monday: the closure of schools for a month, an unprecedented gesture since the socialist revolution of 1959 which made education and health its two pillars.

Similarly, Cubans will not be able to leave the country, except with exceptional authorization, in order to "protect their health" according to the Prime Minister.

The island has so far recorded 40 cases of coronavirus, including one death -- a 61-year-old Italian tourist -- all coming from abroad or from direct contact with these patients. The Cuban health authorities assure that there is not yet any contagion between inhabitants on the island.