KLM To Maintain YYC & YYZ Routes At Least Through 3MAY 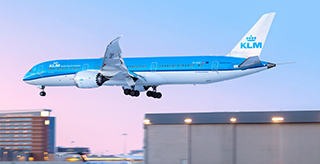 KLM has announced a much-reduced flight program for 28MAR-3MAY inclusive, but two Canadian cities will remain on its route list.

Due to the corona crisis, KLM will start the summer schedule with a significantly reduced network. During the period, KLM plans to fly to 25 intercontinental and 32 European destinations on an adjusted schedule which amounts to about 10% of the normal number of flights.

During this period KLM will fly three times per week to both Calgary and Toronto.

The intercontinental network will be operated with Boeing 777s and 787s. The Boeing 747s will be taken out of the fleet early. The remaining aircraft will be parked at Schiphol. A plan for this is currently being drawn up together with the airport.