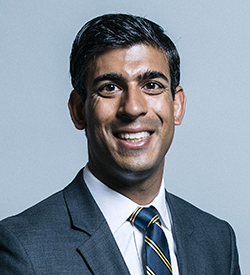 The UK’s Chancellor of the
Exchequer Rishi Sunak.

Following the announcement that the UK government will only step in to support airlines as a last resort, a clear divergence from the stance of other governments; Nick Wyatt, Head of R&A and Travel & Tourism at data and analytics company GlobalData, offers his view on the situation:

“It is now almost inevitable that the airline industry will require some degree of government intervention so the Chancellor’s stance is a big gamble,” Wyatt says.

“Airlines are a key part of a developed economy, driving connectivity that allows a country to compete on the global stage and also employing thousands of people. It is therefore puzzling that (Chancellor of the Exchequer) Rishi Sunak is saying to them that they should seek support elsewhere. If such help is not forthcoming, then it seems the government will act on a case by case basis, which may take time – time the industry does not have.

Wyatt says other governments are being more proactive.

“The impact of COVID-19 is like nothing we have ever seen before. Airlines are capital intensive and are burning through cash while very little revenue is coming in. The severity of the cash flow issue is acute and while some airlines are reasonably well-equipped to deal with this, many are not. While there are certainly question marks over the dividend policies and share buyback schemes of some airlines, the current situation is a recipe for failures and government intervention is required.”