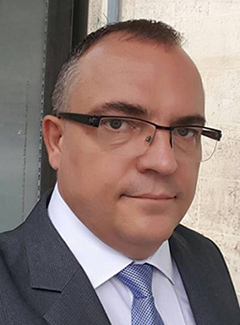 While the airline industry is being battered by the coronavirus pandemic, a new publication launched by the Montreal Economic Institute takes the position that a dynamic understanding of competition mechanisms argues in favour of the transaction.

The Competition Bureau submitted its report on Friday, expressing serious concerns about Air Canada's proposed acquisition of Air Transat, which has already been approved by shareholders. The final decision will be made by federal Transport Minister Marc Garneau.

"First of all, it is clear that, in the current circumstances, a buyer in a more solid position like Air Canada would increase the likelihood of Air Transat's recovery after the crisis and ensure its sustainability and the preservation of the maximum possible number of jobs," says Gaël Campan, Senior Economist at the MEI and author of the publication.

"It would be irresponsible for the minister to refuse to allow this transaction, considering the situation the airline industry finds itself in, and such a refusal would end up being of no benefit at all to travellers either," he adds.

According to the publication, the airline industry has dramatically transformed itself over the past 40 years into a business model that uses certain airports as hubs from which one or two airlines account for a large share of flights.

"Unfortunately, the Competition Bureau relies on a static model of competition that does not take into account this natural evolution of the industry," said Campan.

"Following the deregulation of the industry, there was fierce competition, and few companies were able to be successful. This is all the more so given that numerous unpredictable factors can affect prices, and that consumers can now easily compare fares thanks to online aggregators," says the researcher.

It was this competitive pressure and the constrained profitability of the industry that required airline companies to join forces, argues the report, through mergers, acquisitions, or alliances, in order to feed the hubs and optimize seat occupation.

"We cannot disregard this context when seriously analyzing competition in the airline industry. Unfortunately, the Competition Bureau uses a static and outdated model of competition that is not applicable to this context," adds Campan.

"Even after the acquisition of Air Transat, Air Canada remains a company of modest size compared to the world leaders and to the biggest hubs. However, it would have a better chance to compete on equal footing in the global arena, to grow and to prosper, all to the benefit of its employees, its shareholders, and ultimately its passengers," Campan says.