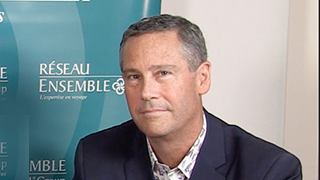 Ensemble Travel Group has announced that it will discontinue its operations in Australia and New Zealand.  The consortia, which is comprised primarily of travel agencies and advisors in North America, had initially expanded into the region in 2015.

“But, as our goal is always to operate a profitable model for our members, we regretfully have had to make the difficult business decision to discontinue our operations in this market.  This was due in large part to not being able to develop and maintain the kind of critical mass needed to sustain this effort.”

The change will result in closing a regional office in Sydney, which also included three employees.

“While we are disappointed that this expansion effort didn’t grow in the manner which we had hoped, we want to convey our sincere appreciation to the team who worked passionately to  build  the business halfway around the world, and of course to the 44 member agencies who had engaged with our Ensemble programs,” Harris added.

Ensemble will communicate with local members in the coming weeks to assist in the transition that will be completed by the end of April.