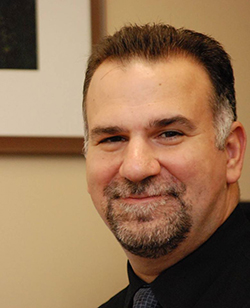 As the COVID-19 health crisis wreaks havoc on the global travel industry, Canada's largest carriers and operators are fighting for survival and issuing vouchers for cancelled services instead of granting refunds.

Airlines in particular have come under fire for this decision as advisors are left to placate consumers expecting their money back.

Open Jaw spoke with a number of advisors to get your take on a complex issue which affects the future of our aviation sector.

For the most part, while empathizing with the fact that their clients are out of pocket, travel professionals say vouchers are a tough but necessary evil.

“These are not normal circumstances", says Richard Vanderlubbe, founder and owner of Tripcentral.ca, and extraordinary times call for extraordinary measures.

Vanderlubbe is well versed on the subject, having served on the TICO board and chaired ACTA, both regionally and nationally.

This means that passengers are essentially providing
interest-free loans. It's a flawed system that has been in place
for years and the coronavirus pandemic is exposing the cracks.

The Canadian Transportation Agency (CTA) and IATA stand firm that the nation's airlines are not obliged to refund passengers for flights suspended by the unprecedented border, air transport and travel closures caused by the pandemic.

Coupled with this is the fact that the industry runs on a monetary system where services are paid in advance of delivery.

"I agree with consumers and advocates saying, 'You took the money, you didn't provide service, you give the money back' on a moral level and I agree that any advance money should be held in trust until the service is performed. But that's not possible with how the system works right now," says Vanderlubbe.

"If we as travel intermediaries receive customer money directly, we have to hold that money in trust until we pass it to the supplier. As soon as the money gets passed, there are no regulations as to how the supplier can use that money. The trust accounting rules don't apply. They can spend the money whenever and however they want."

This means that passengers are essentially providing interest-free loans. It's a flawed system that has been in place for years and the coronavirus pandemic is exposing the cracks.

The upshot is that even if the airlines had the liquidity to issue refunds, doing so would likely bankrupt them.

Vanderlubbe says that governments are well aware of this and reluctant to step in. Any system reform would be a long-term process involving extensive stakeholder consultations with the goal of a global solution.

"It's easy to blame the airlines, but the reality is that every airline and cruise line is competing in a global market under these rules. Whatever is done, we have to make sure that Canadian airlines are not put at a competitive disadvantage. Airlines would also need to get their balance sheets in shape and not rely on this consumer money, and that might take years. In the long term, it would foster a healthier airlines business," says Vanderlubbe.

"I feel for consumers, I feel for airlines, I feel for everybody impacted by this. We're in a mess. When there have been failures before, everyone was warned about it, but nothing was done. What's being proposed [by the CTA] is the best solution."

Some advisors that Open Jaw spoke with echoed that sentiment.

Bonnie Little, a franchise owner with Expedia CruiseShipCenters in Brantford, ON, shared this: "I understand that some consumers are not happy with the situation, and I do empathize with that. Having said that, I feel that it is in the economy's best interest. If the airlines were to offer cash refunds, we would see our airline industry -- and it's not a big one in Canada -- collapse. As much as it's not great for the consumer, we have to think about the bigger picture."

Christina Sarracini, co-founder of Omega Tours and Sarracini Travel in Vaughan, ON, said it's difficult to point fingers in this unprecedented situation.

"I understand the airlines' decision is based on a whole different spectrum than mine. My vision is narrower. It's me and my client, and my empathy is focused on what's best for them. Can I say what's right and wrong? It's difficult, because we are not operating under normal circumstances, so what is right and wrong?" Sarracini said.

Coreen Doucett, a Toronto-area Travel Agent Next Door-affiliated advisor, believes the airlines handing out a 24-month voucher and, in many cases, eliminating change fees is very generous.

"It's not the airlines' fault that they've had to cancel flights. The airlines are doing the right thing," she tells OJ. "This is new ground for everybody." 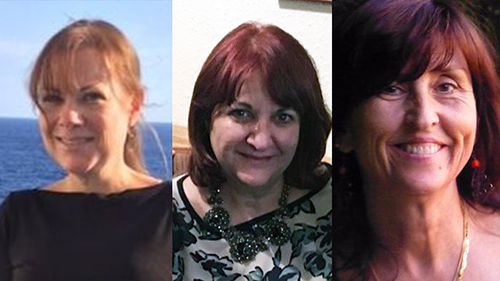 L-R: Bonnie Little, a franchise owner with Expedia CruiseShipCenters; Christina Sarracini, co-founder
of Omega Tours and Sarracini Travel; and Coreen Doucett, an advisor with The Travel Agent Next Door.

As for clients, their reactions are varied.

"I have a lot of cases where people are saying they will definitely travel within the two-year time period they have to use the voucher. Then I have a client saying she'll take the penalty because she's working on her Master's, looking at a new job, and definitely won't be travelling for two to three years," says Sarracini.

Little says that from the get-go, she decided to take a glass-half-full strategy.

"We took the approach that we were going to sell it to our customers as a positive, helping them see that they have a whole 24 months to use their credit to travel," she says. "We have a very passionate clientele and our culture is very passionate about travel."

Vanderlubbe, too, says that most customers are understanding of the situation.

"We're trying our very best to get things organized and rebooked in a way that's civilized," he says.

And for agents, the middle men and women dealing with sometimes upset customers, Vanderlubbe had this to say: "It's very difficult because we try to satisfy everybody but we're not operating in normal times, so don't beat yourself up and keep a level head. It's like when you're driving the car, make sure you're staring into the horizon, not the dotted line in front of you."