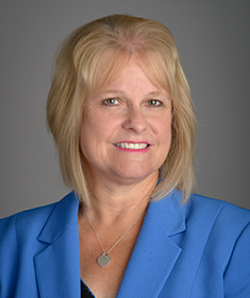 ACTA says it is "pleased" to see the federal government announce new support programs and enhancements to existing initiatives that will directly assist travel agents who are still receiving some commission.

ACTA says it has been participating daily on calls with the government and has advocated for some of these changes that have been raised by industry members.

CERB – The federal government on April 15 announced changes to the eligibility rules to allow people to earn up to $1,000 per month while collecting the CERB.

“ACTA has pressed the federal government on this point on our daily calls, especially as it is one of the most asked questions posed to ACTA by members, in particular by those travel agents receiving commission payments,” said Wendy Paradis, ACTA President.

The updated guidelines state that applicants may not earn more than $1,000 in employment and/or self-employment income for a period of at least 14 consecutive days within the initial four-week period of your claim, or $1,000 in total for the entire four-week benefit period for each subsequent claim.

Applications for the CERB can be made through either Service Canada or the Canada Revenue Agency.

Canada Emergency Business Account (CEBA) – On April 16, the government made additional changes to the CEBA, extending the payroll threshold range to $20,000 to $1.5 million in total payroll in 2019. This program is designed for small businesses to help cover operating costs during a period where revenues have been temporarily reduced.

Agencies should contact their financial institution to apply for an interest-free, government-backed loan of up to $40,000, with up to $10,000 forgivable if they pay it back before the end of 2022.

ACTA asks that agencies inform them if a financial institution (i.e. credit union) is not participating in the program, and ACTA will notify the government.

The program will seek to provide loans and/or forgivable loans to commercial property owners who in turn will lower or forgo the rent of small businesses for the months of April (retroactive), May, and June.  More details will be coming for this program soon.

Canada Emergency Wage Subsidy (CEWS) – Online applications for the CEWS are expected to open April 27, with the majority of applications being processed on May 4 and payment received later that week.