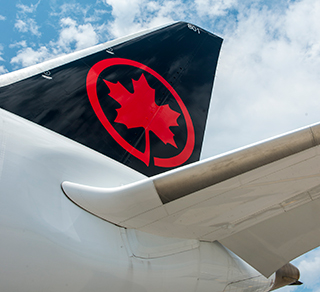 As the COVID-19 pandemic gripped the world, Air Canada repatriated approximately 6,600 stranded Canadians from Morocco, Spain, Ecuador, Peru, Algeria, Argentina, and Colombia. The program, which began March 21 in collaboration with the Government of Canada, is now drawing to a close.

"Heartfelt thanks must first be given to our crews, who agreed to be on the front lines to support these thousands of people eager to get home to be among their loved ones during these difficult times. The tireless efforts, dedication, compassion and professionalism of our employees on the ground and the terrific job they did expertly carrying out these complex, global operations have been nothing short of exemplary."

The program to date has included:

"Over the past few weeks, we have mounted one of the largest repatriation operations of Canadian travellers stranded abroad in the country's history," said François-Philippe Champagne, Minister of Foreign Affairs.

"Air Canada played a vital role in bringing thousands of our fellow Canadians home. I want to thank all those who worked day and night to make this major undertaking possible."

Over 300,000 Canadians Transported On AC's Commercial Flights
Despite a significant reduction in its network, Air Canada continues its repatriation efforts on its regular commercial flights. Since March 15, it has brought more than 300,000 passengers back to Canada from Asia, Europe, Caribbean/South America and the United States.

Since March 1st, it has carried nearly 250 tonnes of personal protective equipment across the country. Air Canada has operated 106 all-cargo flights since March 22 between Asia, Europe, South America, and Canada and plans to operate more than 20 all-cargo flights per week.

Over 14,000 Kg Of Food Re-Distributed Across Canada
To date, Air Canada and the Air Canada Foundation have donated 14,118 kg of food items originally intended for Air Canada flights, the equivalent of nearly 31,000 meals.

This national food rescue effort through Second Harvest has directly supported 17 organizations across the country from Vancouver to Halifax, including Leduc & District Food Bank, Leftovers Foundation, DreamMind Inc., and others.

Air Canada has shared a video on its efforts: