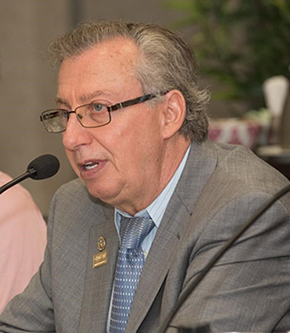 The Caribbean Hotel and Tourism Association (CHTA) has sent a letter to major trade organizations representing tour operators in Canada, Europe, the United Kingdom and the United States demanding that they expedite their owed payments to hotels and resorts in the Caribbean.

According to Frank Comito, CEO and Director General of CHTA, 69% of Caribbean hotels report they have not been receiving timely reimbursements from tour operators for services provided during the first quarter of 2020, putting the survival of certain properties at risk.

"We have become alarmed in recent weeks to learn of the extent to which some of your member tour operators are withholding reimbursements to hotels for services which were rendered as early as January and into February and March," wrote Comito in the letter.

The average amount owed to hotels by tour operators is US$219,000 per hotel, "with a number of hotels reporting outstanding amounts in excess of US$1 million and one hotel being out-of-pocket US$15 million," Comito reported.

According to Comito, some tour operators have advised Caribbean hotels that due to staff shortages, high demand, and reduced cash flow, reimbursements will take 60 to 120 additional days.

The CHTA chief said he understood the dilemma facing the travel industry, but he stressed "the reimbursement of funds which were collected from the consumer far in advance and are obligated should take priority. These payments were made to the tour operator by consumers, often many months in advance and were to be held in trust for payment to hotels shortly after the delivery of the services."

Comito warned that the consequences of a potential demise of some Caribbean hotels "will also be long-term for your members and the reputation of the sector, having already impacted the ability of many Caribbean hotels to meet their own financial obligations to employees, vendors and government for taxes owed related to past activity."

Comito also asked the associations to rein in tour operators which are considering "one-sided attempts to revise future contracts as they seek new rate and payment terms, already asking for deep discounts which are difficult to provide in an extremely high-cost/low-revenue operating environment."