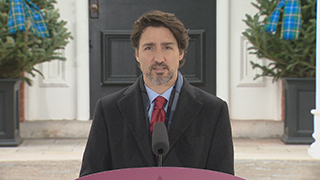 As losses pile up in the Canadian airline industry, Prime Minister Justin Trudeau has hinted at financial support, though the details remain murky, reports CTV News.

“We need to continue to have a strong airline sector, once this is all done. We're looking very carefully at how to support industries like that, that are so important to Canada and to Canadians,” Trudeau said.

However, Trudeau did not say how much money would be sent and when.

Karl Moore, professor of business strategy at McGill University and an expert in the airline industry, believes the time is now for financial support to be sent toward Canada’s airlines.

"I think they need government help,” he told CTV News. “We see it in the U.S. and Europe and Asia, governments are helping people like Lufthansa, KLM, Air France (and) British Airways."

The federal government has already offered $1.7 billion in financial aid to the oil and gas industry, and Trudeau has mentioned the tourism industry could also receive some financial benefit.