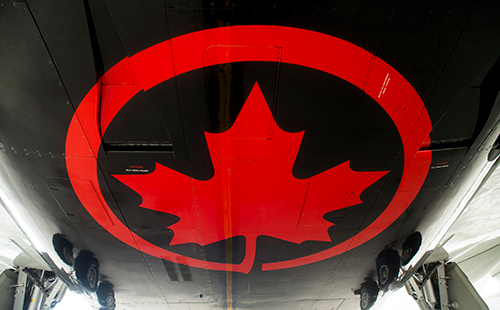 Just a day after Air Canada revealed it will slash its workforce by 20,000 jobs effective 07JUN, Prime Minister Justin Trudeau says he plans to keep working with airlines hard hit by the COVID-19 pandemic but wouldn't address whether a bailout of the beleaguered industry is on the table.

"We're going to continue to work with sectors and industries to try and support them as they get through this pandemic," Trudeau said, referencing the federal government's offer of bridge financing for large employers to keep workers on the payroll.

Air Canada has not disclosed whether it planned to access Ottawa's bridge loan program, which comes with a number of conditions including requiring applicants to share their climate action plans and sustainability goals, CBC reports.

"Air Canada is losing somewhere in the range of $20 million a day," Gradek told CBC News, adding that the minimum amount Ottawa's bridge financing program would offer companies is around $60 million.

"That's going to cover five or six days' worth of Air Canada's losses," he said.

AC's announcement about the layoffs appeared to come as a surprise to the federal government.

Transport Minister Marc Garneau's office said it was not aware of the cuts when contacted for comment by CBC News on Friday. Other government sources have since confirmed to the CBC that they were caught off guard by the development.

The news follows the company's efforts last month to rehire thousands of employees it had previously laid off because of the pandemic, after Ottawa confirmed the airline would qualify for the federal government's wage subsidy program.

The Canadian Union of Public Employees (CUPE) is in talks with AC about continuing the emergency wage subsidy, which has been extended until the end of AUG.

Wesley Lesosky, the president of CUPE's AC component, which represents about 10,000 flight attendants, says the scope of the cuts is staggering.

"We worked so hard to get where we are with Air Canada to now all of a sudden see it crumble with COVID-19," said Lesosky. "What we're reading and what we're hearing from the company is very bleak for the short to medium term."

But rather than a bailout, Lesosky said he'd like to see the government's wage subsidy program cover the company's payments for benefits, pensions and employment insurance.