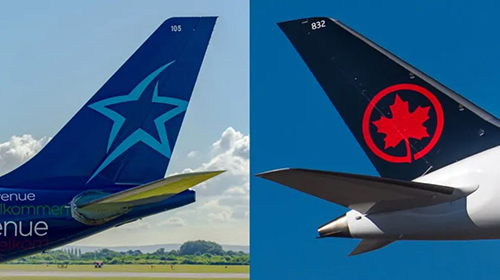 European regulators are launching an "in-depth" investigation into Air Canada's proposal to buy Transat amid concerns the deal may hamper competition and result in higher prices.

The European Commission (EC) set a 30SEP deadline to rule on the deal, citing concerns that the “transaction could significantly reduce competition on 33” routes between Europe and Canada, according a statement issued today.

“Air Canada and Transat are the two leading airlines operating a wide network of routes between Europe and Canada. We will carefully assess whether the proposed transaction would negatively affect competition in these markets leading to higher prices, reduced quality or less choice for travellers flying over the Atlantic," Executive Vice-President Margrethe Vestager, responsible for competition policy, said.

"This is a challenging time, especially in markets severely impacted by the coronavirus outbreak, but a return to normal and healthy market conditions must be based on markets that remain competitive.”

Air Canada and Transat are the first and second largest providers of passenger air transport services between Europe and Canada. Together, their networks comprise 29 routes between the European Economic Area (EEA) and Canada, the European Commission says.

A preliminary EC investigation found that Air Canada – and its Rouge subsidiary -- and Transat have been competing head-to-head for passengers travelling between the EEA and Canada. The commission said even if WestJet expanded its transatlantic operations to Europe, it is unlikely that it would be enough.

Shareholders have agreed to Air Canada's proposal to buy Transat for $720 million, but the deal still requires regulatory approval in Canada and the European Union.

In MAR, Canada’s Competition Bureau said it believes the proposed merger is likely to discourage competition by prompting higher prices and fewer services, ultimately resulting in less travel by Canadians on a range of competing routes.

The takeover would give Air Canada control of more than 60% of transatlantic air travel from Canada and 45% of passenger capacity to sun destinations, according to the agency's report.