ACTA completed a survey of members in order to gather information on travel agency access to the current government financial aid programs in order to present quantifiable data to the government in its lobbying efforts. 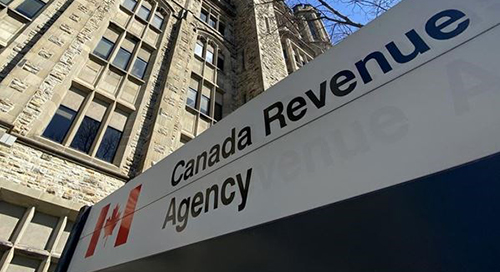 A total of 307 travel agency owners and managers responded to the survey.

“We had anecdotal information that not all members qualified or were able to access financial relief from the government programs but we needed data to back up our claims in our lobbying efforts with the government,” said Wendy Paradis, President, ACTA.

“This survey has given us what we need to go back and demonstrate where the gaps are.”

Here are the survey highlights and ACTA's observations:

The 75% Canada Emergency Wage Subsidy (CEWS) – Approximately 52% of respondents applied with 100% of travel agencies being approved and already in receipt of funds or waiting receipt. 37% did not apply with the primary reason being their ineligibility with no salaried employees.

Members say the travel industry will experience a much longer lag in recovery and will require an extension of the wage subsidy to the end of 2020, as a much-needed lifeline, according to ACTA.

While ACTA says it is pleased that Prime Minister Justin Trudeau announced the wage subsidy would be extended to the end of AUG, it will continue to advocate for an extension of this program to year end for travel agencies.

ACTA says it is pleased that the federal government expanded the CEBA program to capture sole proprietors receiving income directly from their businesses, businesses that rely on contractors, and family owned corporations that pay employees through dividends rather than payroll. One of the expanded eligibility criteria includes the need for applicants to have non-deferrable expenses (rent, property taxes, utilities, and insurance) between $40,000 and $1.5M.

ACTA lobbied the government for changes to the program, with the hope that the 28% that did not apply due to ineligibility and as highlighted in the survey results, can access this program.

EDC/BDC Loans – Very few participants applied for the EDC Loan Guarantee and BDC Co-Lending Term Loans at 3% and 7% respectively. Respondents that chose not to apply for these loans also claimed they did not qualify or they were reluctant to take on more debt that was not forgivable.

RDA Loans – The Regional Development Agency loans opened within the last two weeks, which could be reflective in the low application rate of respondents at 3%.

Tax Deferral Initiatives – To date, 51% of respondents claimed to have or will be taking advantage of the GST/HST tax deferral. While not identified in the survey, some Members have reported to ACTA that they do not pay GST/HST as they have not yet made the $30,000 threshold to require a GST/HST number. This could explain why some respondents have not taken advantage of this initiative, says ACTA. With the Income Tax Deferral initiative, 34% have taken advantage. 66% have not, however this may be timing and not indicative of interest in doing so.

Canada Emergency Commercial Rent Assistance (CECRA) – When asked whether the member has worked with their landlord to benefit from the program, 48% had those discussions with 62% of the respondents stating that their landlord was either not interested or uncertain.

ACTA points out that according to the Canada Mortgage and Housing Corporation which administers the program on behalf of the federal, provincial and territorial governments, landlords with no mortgages are eligible to apply. ACTA encourages its members to speak to their landlords clarifying this eligibility criteria.

"The CECRA program however, is not without its flaws. Landlords are not interested in absorbing 25% of the rent. ACTA’s recommendation to the federal government, and working with the provincial and territorial governments, is to make the program available directly to the tenant, rather than rely on the willingness of the landlord," says ACTA.

Work-Sharing – The majority of respondents, 84%, did not apply for the Work-Sharing program. Many cited how cumbersome the process was and instead, opted for the wage subsidy program. The remaining either applied (9% with 89% of those respondents stating their applications were approved) or plan to apply (7%) when the wage subsidy program expires.

Canadian Emergency Relief Benefit (CERB) - ACTA says it continues to advocate for the extension of CERB for travel agents beyond 16 weeks, as this is one program that has benefited both travel agent employees and independent travel agents.