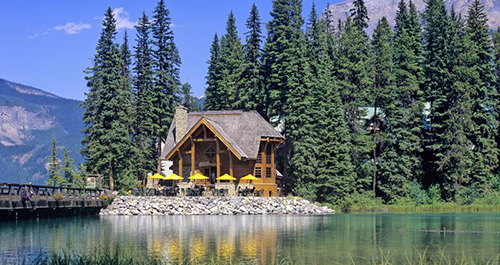 The Canadian government will invest millions of dollars to promote domestic travel as it seeks to help the tourism industry withstand the COVID-19 pandemic.

The funds include $30-million originally earmarked for attracting foreign visitors through Destination Canada, the country's national tourism marketing arm, according to an article in the Globe and Mail. This money will instead be used to help provinces and territories encourage Canadians to discover their “own backyard."

“Tourism is a source of pride for communities across the country. It’s a significant economic driver and a source of local jobs. It’s also among the sectors hardest hit by this pandemic,” said the Honourable Mélanie Joly, Minister of Economic Development and Official Languages, in a news release.

The government is also setting aside around $40-million to help tourism agencies in Ontario and Western Canada adapt their operations to the pandemic, particularly as the normally busy summer season approaches.

“There’s an entire movement across the country to shop locally. We see that people want to discover or support even more their local businesses. Well I would add to that a new movement: visit local. And rediscover your beautiful city and your region.”

Talks around supporting the tourism industries in Quebec and Atlantic Canada are underway, she added.

While describing the fund allocation announcement as a “step in the right direction,” Charlotte Bell, president and CEO of the Tourism Industry Association of Canada, called for more talks between government and industry around long-term action.

The need for domestic tourism promotion was marked last week by the formation of the Canadian Tourism Roundtable, a new coalition committed to restoring the country's domestic tourism sector in the wake of the COVID-19 pandemic.

Noting that the European Union and Australia have already unveiled action plans to save the summer travel season, Roundtable members appealed to Prime Minister Justin Trudeau to take "appropriate, more targeted and urgent measures to get the sector back to work and to encourage domestic travel so the season is not entirely lost."

Failing to do so, it says, risks permanently losing millions of jobs across the country that depend upon a robust tourism sector.